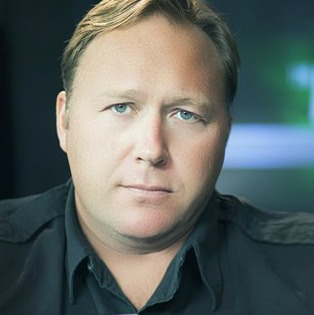 A 2011 Rolling Stone article described Jones as “a giant in America’s conspiracy subculture,” with a subsequent in-depth profile adding that he made Glenn Beck and Rush Limbaugh, “sound like tea-sipping NPR hosts on Zoloft.”

Many have attributed Jones’ success to him being at the innovative forefront of viral media, a process that began right at the start of his documentary film career with Jones encouraging viewers to make copies of his work to increase distribution and get the word out.

“When the history is written of talk broadcasting’s transition from the corporate model of the 20th century to the digital, independent model of the 21st century, he will be considered an early trailblazer.”

Jones’ mission is to re-ignite the spirit of 1776 and stand as an example of the fact that one man can build a vocal media platform without the aid of big corporate news networks that only serve to compromise and dilute the core message of freedom and liberty.

Jones began his career in Austin, Texas, with a live, call-in format cable access television program. In 1996, he hosted a show dubbed The Final Edition on KJFK, and the following year he debuted his first documentary, America Destroyed By Design. In 1999, he tied with Shannon Burke of KJFK 98.9FM for that year’s “Best Austin Talk Radio Host” poll as voted by The Austin Chronicle readers.

Immigration and Our Borders

Exposing the Progressives in Government

The Progressive Force and the Destruction of the America We Know

“Alex Jones is a model for people to create their own media,”