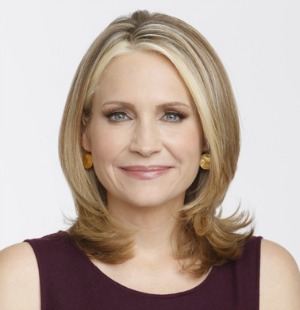 Andrea Canning has been a Dateline correspondent since October 2012.

During her time at ABC News, Canning contributed to "Good Morning America," "Nightline," "World News With Diane Sawyer" and “20/20,” while regularly anchoring the early morning broadcasts, "World News Now" and "America This Morning." In addition, Canning served as fill-in news reader for “Good Morning America” and fill-in anchor for the program’s weekend edition.

Prior to joining ABC News, Canning worked for WCPO-TV, the ABC affiliate in Cincinnati, Ohio, as anchor of their evening newscast while also reporting on crime and breaking news. From 1999 to 2001, Canning covered countless stories for WPTV, the NBC affiliate in West Palm Beach, Florida, including the anthrax scare at the National Enquirer buildings, the path of the 9/11 terrorists, the international custody battle of Elian Gonzalez and the 2000 Presidential Election.

Canning served as a reporter and evening news anchor for CKVR Television in Barrie, Ontario from 1997 to 1999. She was also the morning anchor for WXVT-CBS in Greenville, Mississippi. Prior to CKVR, from 1996 to 1997, Canning was an assignment editor and field producer for the television program "Extra."

Canning graduated from the University of Western Ontario in London with a degree in psychology. In addition, she studied radio and television arts at Ryerson Polytechnic University in Toronto. Canning is married to Major Tony Bancroft, a former F-18 fighter pilot with the U.S. Marine Corps. They have three young daughters, Anna, Charlie and Kiki.

An Evening with Andrea Canning

"One of the most admired speakers we've featured so far. Andrea was engaging, well prepared and it shows!  We will have her again in the future."