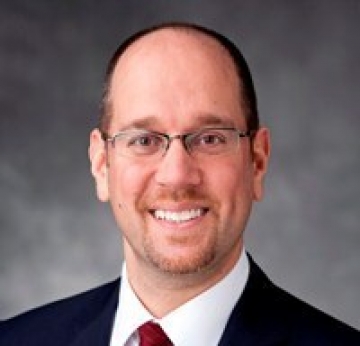 Previously, Huszar managed for the Federal Reserve Bank of New York ("FRBNY") the $1.25 Trillion Agency MBS Purchase Program (the centerpiece of "QE1").  In this role, Huszar managed the program's portfolio design and trading strategy, as well as the creation of a permanent, in-house Federal Reserve MBS business platform, encompassing front, middle and back office components.  By way of additional professional background, Huszar was previously a Senior Vice President at RBS Greenwich Capital and co-head of the Transaction Advisory Group, specializing in the Basel II Capital Rules.  Prior to RBS, he was an Examining Officer in the FRBNY's Bank Supervision Group, leading a Market and Liquidity analytics team assessing financial risk exposures of large U.S. financial institutions.  Huszar began his career at the FRBNY as a lawyer supporting various business lines.

Andrew Huszar has a J.D. and M.B.A. from Columbia University and a B.S.F.S degree in International Relations with a Certificate in Latin American Economic Development from the Walsh School of Foreign Service at Georgetown University. Additionally, he has a "Certificate d'Etudes Politiques" from the Institut d'Etudes Politiques de Paris ("Sciences-Po").

Confessions of a Quantitative Easer

"Andrew's presentation was a session we will never forget.  He brings credible evidence that we as citizens must pay attention to what is taken place.  It was educational, a message all Americans should hear."