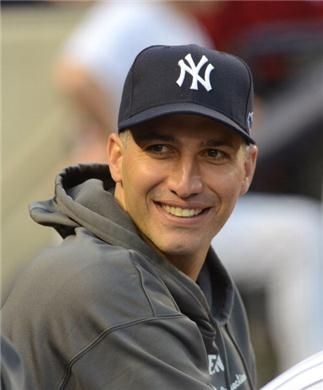 Pettitte had a successful minor league career before joining the major league club in 1995, winning 51 games in 113 starts. He posted 12 wins in his first season in the majors and then topped that the next year by winning 21 games. He stayed with the Yankees through the 2003 season before moving on to the Houston Astros. He stayed in Houston for three years, winning 17 games in 2005, before returning to the Yankees in 2007. Twice in his career Pettitte has won 20 games or more (21 wins in 1996 and 2003); he also posted one season with 19 wins. In his 13 years in the MLB, Pettitte has won at least 12 games every year but one (2004, due to elbow surgery), he has been named to two All-Star games and was the American League Championship Series (ALCS) MVP in 2001. His career totals through 2007 include 201 wins, 1,844 strikeouts, and a 3.83 ERA.

"In 1983 when I was 11 years old I met God. Each of us make many decisions every day, but there is no decision more important than where we are going to spend eternity. God provided a way for us to live forever with Him in heaven when He sent Jesus Christ to die on the cross. Since none of us is perfect, we all sin and fall short of perfection in God's sight, we need a Savior.

"Accepting Christ's payment and trusting only in His death as the means to bridge the gap between you and God is the most important thing you'll ever do. It's an awesome thing to recognize that God loves you and paid the price for your sins. But you can't just accept His free gift of salvation. The peace and fulfillment He gives is greater than anything in life. Greater than any ball game, even the World Series. Trust Christ today for your salvation, it's the only way to heaven."

"Andy is a great speaker.  He was engaging, and it was about the message and not about Andy.  Our participants really appreciated that.  Our Banquet was a great success!"