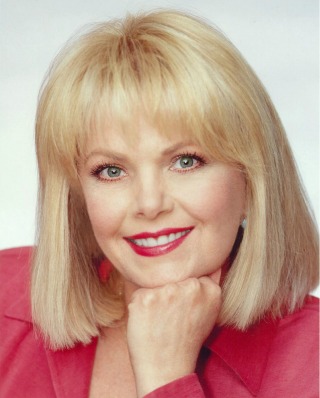 "If audience’s are not having fun, then the important message got lost!”
--Ann Jillian

Good Housekeeping Magazine named her one of the most admired women of the world. Her prowess extends from the worlds concert halls, to feature film and the Broadway stage; she has starred in over 25 TV movies, and hundreds of other TV appearances. Her TV movie, “The Ann Jillian Story” which recounted her victory over breast cancer was the #1 film of the TV season, but more importantly, it delivered Ann’s message about the hopeful side of breast cancer to it’s millions of viewers. With the birth of her son after cancer, she now adds the title “Working Mom” to her impressive accomplishments. In addition, she is the President of her own production company, 9-J.

Jillian is always on target with her message of hope; her performance is uplifting and inspirational. Have Jillian bring her pianist, and her talk remains a major lecture about life, health, and the joys of motherhood, accentuated with song.

When a speaker has a terrific program, and knows how to deliver it in an entertaining way, the result is success! Jillian has been performing for over forty years and has been receiving standing ovations as a speaker since 1985.

As Betty Ford once said about Ann Jillian, “Ann’s message is so inspirational. It motivated us to do what we should be doing for ourselves, so as to be happy, healthy, and in love with life and everyone in it.” Getting audiences to feel good about their life is exactly what Ann Jillian does, and in a very entertaining way.

An Evening with Ann Jillian

"Never Had A Bad Day In My Life"

"The Winner In You" Available as straight lecture or optional piano lecture.

"Your heartfelt presentation was inspirational and will be long remembered by our audience. The musical numbers were also a big hit, and everybody wanted to hear just one more."