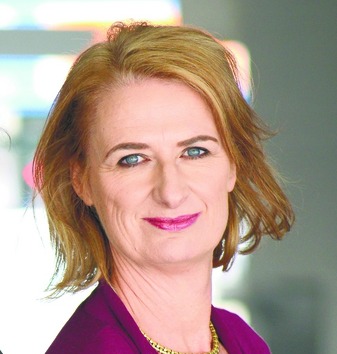 Ann McElhinney is a documentary film director and producer. In 2008 she produced and directed Not Evil Just Wrong, a film which examines the devastating consequences of the global warming hysteria. The film highlights the tragic consequences of the first triumph of the environmental movement, the ban on DDT, which has needlessly resulted in the deaths of more than 40 million children and adults in the developing world.

Previously McElhinney produced and directed Mine Your Own Business (2006) - the first documentary that asks difficult questions of the environmental movement. As a result 80 NGOs, including Greenpeace, called for the film to be banned when it was screened in the National Geographic auditorium in Washington.

Protestors compared Mine Your Own Business to "Nazi propaganda" and "pornography" and the filmmakers received two death threats from environmentalists.

However Canada's The National Post said "Mine Your Own Business is devastating because it combats prejudices and fantasies with pictures that refute thousands of weasel words. Images spun from afar. It deserves to be seen by anybody who wants to understand the impact on poor people of radical environmentalism."

McElhinney has also made documentaries for the BBC, CBC (Canada) and RTE (Ireland). The Search for Tristan's Mum (RTE, 2005) concerned the case of Tristan Dowse, a baby who was adopted by an Irish man and his wife in Indonesia. Then two years later when the adoptive mother became pregnant they abandoned Tristan in an Indonesian orphanage.

The case outraged Ireland and McElhinney tracked down Tristan's natural mother and, going undercover, infiltrated the baby-selling ring. Tristan is now living with his natural mother in Indonesia and the baby sellers are serving lengthy jail sentences.

The Irish government initiated a high court protection order to protect Tristan's interests and when delivering his judgment Justice John McMenamin said McElhinney deserved the "highest of praise" for her investigative journalism.  McElhinney was featured in and was the Associate Producer of the highly controversial documentary Return to Sender (2005) for CBC. McElhinney's has also written for or contributed to an array of international media organizations including ABC (US), BBC, CBC (Canada), ABC (Australia), RTE (Ireland), The Sunday Times and the Irish Times. She is a regular contributor to talk radio in the US and has most recently contributed to the Dennis Miller and Randi Rhodes show. McElhinney has worked as a journalist and filmmaker in the US, Canada, Romania, Bulgaria, Chile, Indonesia, Cambodia, Vietnam, China, Ghana and Uganda.

Mine Your Own Business

All You Need to Know About Fracking

"Ann delivered a great punch at our conference.  The audience loved her style and great humor. Her remarks were on target. She is priced well."