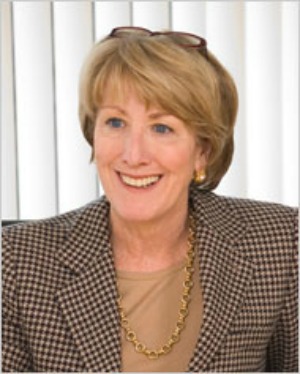 Anne M. Mulcahy was most recently chairman of Xerox Corporation. She stepped down from this role and from the Xerox Board, effective May 20, 2010.From August 2001 through June 2009, she was also chief executive officer of the corporation. Mulcahy retired from the CEO post effective July 1, 2009 and retained the position of chairman.

Prior to serving as CEO, Mulcahy was president and chief operating officer of Xerox from May 2000 through July 2001. She has also served as president of Xerox's General Markets Operations, which created and sold products for reseller, dealer and retail channels.

Mulcahy earned a Bachelor of Arts degree in English/Journalism from Marymount College in Tarrytown, N.Y. She is a board director of Johnson & Johnson, Target Corporation, The Washington Post Company and chair of the Board of Trustees for Save the Children.

A CEO Perspective on Leadership

Women and the Pacific Era

An Evening with Anne

"Ms. Mulcahy is recognized for her transformative leadership at Xerox Corporation and for mentoring her replacement, Ursula Burns, the first African-American woman to lead a Fortune 500 company. Her new role as chair of Save the Children provides additional insights on leadership styles and strategies."