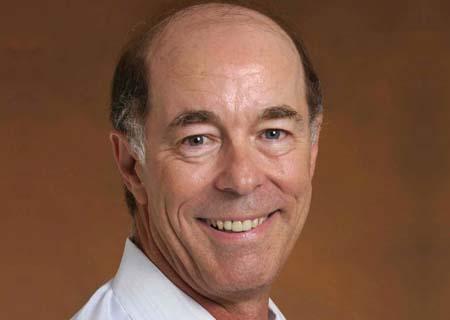 On August 5, 2012, an SUV-sized rover named Curiosity landed safely in Gale Crater on Mars, beginning a new era in the exploration of Mars. Curiosity is by far the most complex and sophisticated robot spacecraft ever built and it will add fascinating new details to our understanding of the past and present habitability of the red planet. Gentry Lee will describe the challenging development of the Curiosity spacecraft and its spectacular landing and early scientific discoveries, as well as the place of Curiosity in the history of mankind’s knowledge of Mars.

Gentry Lee is Chief Engineer for the Solar System Exploration Directorate at the Jet Propulsion Laboratory (JPL) in Pasadena, California. In that position, Lee is responsible for the engineering integrity of all the robotic planetary missions managed by JPL for NASA. His major recent work includes the engineering oversight of the fantastically successful and popular Curiosity rover mission to Mars in August 2012, the Dawn mission to the asteroids Vesta and Ceres, the Juno mission to Jupiter, and the GRAIL missions to the Moon. Previously, Lee provided oversight for the Phoenix and twin MER rover missions to Mars, as well as the Deep Impact and Stardust missions.

Lee was Chief Engineer for the Galileo project from 1977-1988 and, after working in a variety of positions on the Viking project from 1968-76, was Director of Science Analysis and Mission Planning during the Viking operations. The historic Viking mission was mankind’s first successful surface mission on another planet. The Galileo mission explored Jupiter with both an atmospheric probe and an orbiter that mapped the major Jovian satellites during a decade of operations.

The Power & Wonder of Science in Education

"Fascinating account of how things are done in space. None of our lives will be the same! We took an incredible journey in space. "