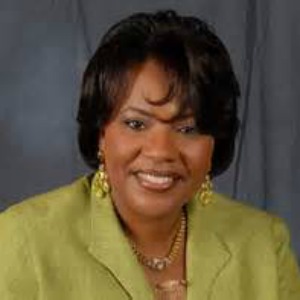 Nationally and internationally known as one of the most powerful, motivating and life-changing orators, Bernice A. King leaves her audiences spellbound and challenged. Born the youngest daughter of Coretta Scott King and the late Dr. Martin Luther King Jr., King began her oratorical journey when she spoke in her mother's stead at the United Nations when she was 17. Over the years, she has been requested to speak in such places as Sydney, Australia; Lubeck, Germany; Buenos Aires, Argentina and at The White House in Washington, D.C., to name a few. In the summer of 2000, King narrated the "Lincoln Portrait" along with a symphony orchestra in Kiel, Germany at the Schleswig-Holstein Music Festival.

King is a graduate of Spelman College with a Bachelor of Arts degree in Psychology. She also has a Masters of Divinity and Doctorate of Law degree from Emory University and is currently a member of the State Bar of Georgia. In addition to these degrees, King has received an honorary Doctorate of Divinity from Wesley College and has received training in mediation.

With a strong concern for community and family partnership, King was privileged to serve as a law clerk in the Fulton County Juvenile Court system under Judge Glenda Hatchett of the "Judge Hatchett" television show, where she interacted with troubled boys and girls. During this time, she realized that a growing number of teens have been double victims: first, of society, and second, of an ineffective legal system based on retribution instead of rehabilitation.

Continuing her commitment to help youth who have fallen prey to such victimization, King also served as mentor to a group of 5th grade girls at an inner city Atlanta elementary school. There she spent time molding the girls' characters and values so that they would shape their lives based on strong self-esteem, confident in their specific gifts and aspirations. As she still does today when speaking to youth, King instilled in these girls a drive to search for and accomplish their destinies, to reach their fullest potential.

King believes that actions speak louder than words, and her many community deeds speak to that belief. She was instrumental in organizing a coalition that closed a pornographic shop located within a mile of a local High School. King also assisted The Dow Company in building a Habitat for Humanity home in Americus, Georgia.

As an ordained preacher, King is a minister at New Birth Missionary Baptist Church in Lithonia, GA in service under the dynamic leadership of Bishop Eddie L. Long. In addition to being an orator and a preacher, King has organized numerous conferences, seminars and workshops for various issues. She has successfully coordinated women and family conferences as well as non-violent conflict resolution conferences for college students; she has conducted a class on race relations at Mississippi College in Jackson, MS; and she has taught a yearlong leadership development class at a local inner city church.

Cited in Ebony Magazine as one of the "Ten of Tomorrow" in leadership, King was also featured in People Magazine, Essence, Ladies Home Journal and Charisma Magazine. She has also been a guest host for a live, lunchtime television show on CNN.

As an author, King has to her credit, her first book, Hard Questions, Heart Answers, a compelling and inspiring book selected by USA Today as a "Best Bet."

Diverse, challenging, captivating, relevant and powerful are a few words that describe Bernice A. King. She is a woman gifted to change the lives of those who encounter her oration.

An Evening with The Rev. Bernice King

"Rev. Bernice King surpassed our expectations! She can move mountains."