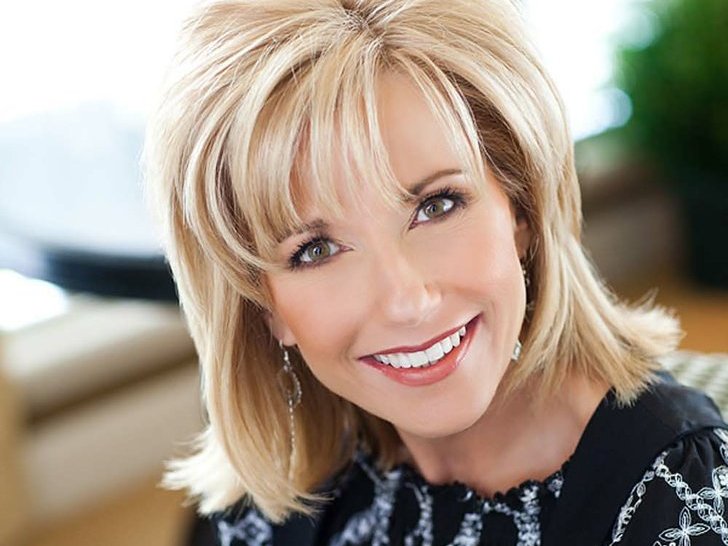 Beth Moore was born in Green Bay, Wisconsin, during what her father describes as the worst thunderstorm the city had seen in five years. He affectionately says the Lord brought her into the world with a drum roll. The fourth child of a retired Army major and a homemaker, Beth was raised in Arkadelphia, Arkansas. Her father managed the local cinema where each of her four siblings had a role to play. Beth’s job was to hand out samples of popcorn and soda. Growing up in the theater had its perks. Sometimes Beth would be allowed to slip into a movie and take with her a pickle bag full of popcorn and a Dixie cup of Coke.

There in a theater chair, wide-eyed and filled to the brim with Coca-Cola, Beth began a lifelong love for stories. She loved to tell them, write them, and be told them. The story that captured her heart and consumed her life, however, was not told in a movie theater. It was the story told in Sunday School of Jesus, a Savior who loved children and who thought she was special. A seed was planted in her young heart that would grow to mark her life with a passionate love for Christ.

At the age of 18, Beth sensed God calling her to work for Him. Although she couldn’t imagine what that would mean, she made it her goal to say yes to whatever He asked. Beth graduated from Southwest Texas State University with a degree in political science. She would later receive an honorary doctorate in humanities from Howard Payne University. She married Keith in 1978 and soon after the Lord added Amanda and Melissa to the family. As a young wife and mother, Beth served the Lord by speaking at luncheons and retreats, working at Mother’s Day Out, and teaching Christian aerobics.

A love for the Word of God was embedded in Beth’s life when she took a Bible doctrine class at her church. Her teacher was Buddy Walters, a former college football player who taught the Scriptures with tears streaming down his cheeks. She fervently prayed for such a passion for God’s Word. It was Buddy who first taught Beth, along with Keith, how to study the Bible.

Beth founded Living Proof Ministries in 1994 with the purpose of teaching women how to love and live on God’s Word. She has written numerous books and Bible studies, including Breaking Free, Believing God, The Patriarchs and most recently, James: Mercy Triumphs that have been read by women of all ages, races, and denominations. Through the years, American missionaries and expatriates have taken the Bible studies overseas, resulting in Beth Moore Bible study groups popping up all over the world. Upon completion of a tour of New England in 2008, Beth’s Living Proof Live conferences will have taken her to all fifty states since 1994. God has graciously given Beth the opportunity to serve the body of Christ in many different countries, including Ireland, England, Singapore, the Philippines, Puerto Rico, India, Angola, Kenya, and South Africa. With great joy, she began a radio ministry in 2004 called Living Proof with Beth Moore hosted on OnePlace.com.  Also, each Wednesday, Beth can be seen teaching Bible study on the television program “Life Today with James and Betty Robison.”

Ever the storyteller, Beth is known to pepper her teaching with stories and poems written from the perspective of pertinent characters. She communicates with great energy, passion, humor, warmth, and grace.

Beth hosts an interdenominational Tuesday-night Bible study for women in her city at Houston’s First Baptist Church. Because of her burden for unity in the body of Christ, Beth counts serving women of all denominations as one of her greatest privileges in life. HFBC was Beth’s beloved home church for more than 25 years until her son-in-law Curtis Jones launched Bayou City Fellowship in September of 2011.  She is delighted to serve shoulder-to-shoulder there with her first born and favorite pastor’s wife.

Beth and Keith praise God for 35 years of marriage. They enjoy traveling, hiking, drinking coffee on the back porch, eating Mexican food, making each other laugh, walking their dogs, and being grandparents. Both of their daughters are involved with Living Proof Ministries. Amanda serves on the board of directors and Melissa is employed full-time as research assistant and, when possible, cowriter. Melissa holds a Master's degree in Biblical Exegesis from Wheaton College and a Th.M. In New Testament from Columbia Theological Seminary. Beth and Keith are joyful members of Bayou City Fellowship in Houston where their son-in-law is head pastor. The whole family calls the Houston area home.

"Beth Moore was simply amazing.  We were able to draw thousands of people to our conference.  She did a great job in helping us."