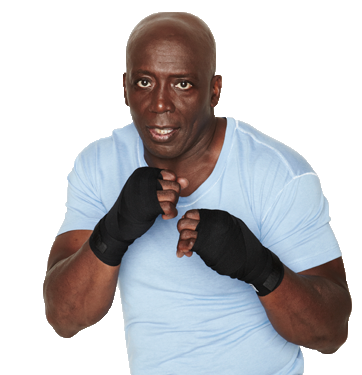 Billy Blanks has crafted a successful career out of teaching people how to get fit utilizing his patented blend of Tae Kwon Do and kick boxing. Billy Blanks appearances on infomercials and in classes in Los Angeles have been helping people work out by Tae Bo since the late 1980s.

Born in Pennsylvania, Billy Blanks appearances as an actor began in the 1980s when he secured roles in several action films. By the end of that decade, he had invented the Tae Bo workout, which fuses elements of kick boxing with Tae Kwon Do, and soon swept the nation. He brought the workout to the celebrity populated studios of Los Angeles, where it gained popularity.

With clients like Paula Abdul, he soon began producing and starring in infomercials that sold a line of Tae Bo videos. Now nearly two decades later, his fitness DVDs remain popular, and he continues to come out with new workout videos and routines. He recently filmed and released an infomercial for Tae Bo T3, the latest generation of Tae Bo workouts. His success with Tae Bo has also led to many different Billy Blanks appearances in print as an author of fitness routines.His celebrity as a fitness instructor and fitness franchise creator has led to Billy Blanks appearances in film and television, most often as himself. Some of these notable Billy Blanks speaker appearances include the television shows Sabrina the Teenage Witch and BattleDome and the films Kiss the Girls.

If you have ever done one of Billy Blanks’ signature Tae Bo workouts, then you would surely love to get an extra dose of inspiration through a Billy Blanks motivational speaking engagement or a Billy Blanks keynote address.

"Billy Blanks was inspirational and perfect as we kick off our convention. He was prepared, his delivery was perfect and an easy person to work with. A meeting planner dream!"