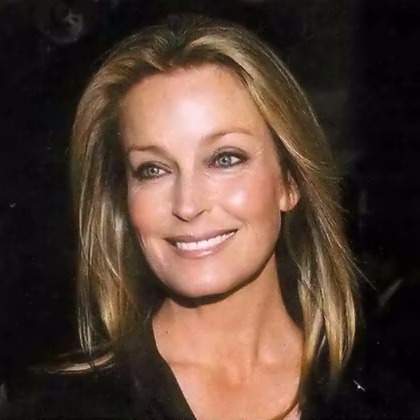 Bo Derek is an American film and television actress, equestrian, movie producer, and model perhaps best known for her role in the 1979 film 10.

Born November 20th, 1956 in Long Beach, CA., Bo Derek is the oldest of four children, followed by her brother, and two sisters. Christened Mary Cathleen Collins, she was known as Cathleen or Cathy in this Irish/German/Dutch-California family.

Recently, in Santa Barbara Harbor, Bo Derek was rigging a Hobie Cat Sport to sail and someone remarked this was no problem for Cathy as she's always been really athletic and a great sailor. Turns out these were some old friends from the days her father worked in advertising for Hobie. Bo describes her father's connection to Hobie as just one of his fun jobs, "He took care to find jobs which involved the 'toys' he liked, so he was always bringing home prototypes to try out. "To us kids, it was great fun. As a teenager I wasn't very ambitious and had no big plans. I certainly never dreamed of going into films, my main interest was the beach and I assumed I'd end up working in a surf shop."

While growing up, people often told Derek she should be a model, as she was blonde, blue-eyed and straight featured, a formula for pretty. Modeling didn't particularly interest Derek at first until she figured the money would help buy a new surfboard! At 15, Bo Derek got a modeling job in Hawaii where her dad was working with a boat company.

She was a natural. She had years of experience being photographed playing with the new sailboat or dirt bike or whatever her father was advertising at the time. Next came a TV commercial advertising a deodorant, a speaking part - three words. Soon afterwards, backstage at one of Ann-Margret's shows in Las Vegas, Bo Derek met a theatrical agent. "You should be in movies", he told her and signed her up...