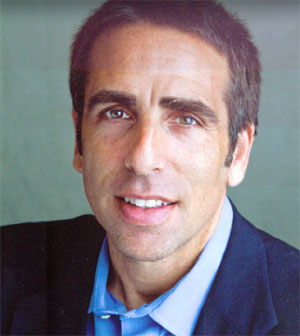 Bobby Schindler is the executive director of the Terri Schindler Schiavo Foundation (Terri’s Foundation) which works to protect the lives of the medically vulnerable and disabled from the threat of euthanasia and medical abandonment. The only son of Bob and Mary Schindler, Schindler was born and raised just outside of Philadelphia, Pennsylvania with his sisters, Terri and Suzanne. After his graduation from LaSalle University with a Bachelor of Science degree in marketing, Schindler moved with his entire family to Florida where he obtained a Bachelor of Science Degree in meteorology from Florida State University.

Bobby Schindler’s life took a dramatic and unexpected turn in February of 1990 when his older sister, Terri, suddenly collapsed and was left with a profound brain injury. When Terri’s husband sought court permission to starve and dehydrate her to death, Schindler was suddenly propelled into a public life he’d never wanted or imagined. He became Terri’s primary public advocate, speaking in defense of his sister’s life on numerous national television and radio programs including Hannity & Colmes, Larry King Live, the Oprah Winfrey Show, The Glenn Beck Show, Good Morning America, The Early Show, The Today Show, Dateline NBC, the 700 Club, EWTN and many others.

Following Terri’s tragic death on March 31, 2005, Bobby Schindler gave up his teaching job at Tampa Catholic High School and became a full-time equality of life and disability rights advocate. Since that time, he has spoken extensively throughout the U.S. and internationally, telling the truth about Terri’s story that was largely ignored by the mainstream media, and challenging the public to educate themselves regarding the dangers of euthanasia and having been published on bioethical issues, particularly as they relate to questions such as withholding food and fluids, futile care, and assisted suicide.

Bobby Schindler has also been asked to testify before state legislatures in Florida, Louisiana, California and Kentucky, and has addressed Members of Parliament in Canada and Australia concerning the protection of the medically vulnerable. He and his family have also authored the book A Life That Matters (2006), regarding their decade long struggle to care for his sister Terri. The Schindler family continues to advocate for persons with disabilities and works tirelessly to put an end to the growing pro-death mentality that is plaguing our nation.

"Bobby delivered a great enthusiastic and powerful program.  We met our goals and enjoyed his message of hope and in defense of life."