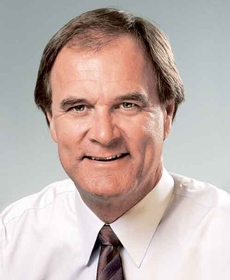 An expert motivator, NFL coach and strategist, for over 30 years Brian Billick has demonstrated an exceptional ability to take individual players to their highest potential, while keeping his teams unified and focused.  Billick is a FOX NFL Analyst, NFL Network Contributor and Former Super Bowl-winning Head Coach, Baltimore Ravens (1999-2007).  From 1999-2007, Billick served as the head coach of the Ravens, a new franchise with the youngest players in NFL history. In his first year as head coach, Billick guided the Ravens to their first non-losing season (8-8) in 1999. In 2000, he led the Ravens to a decisive 34-7 Super Bowl XXXV victory over the New York Giants. The Ravens returned to the NFL playoffs in 2001 and 2003. In 2006, the team produced its best regular season in team history, winning the tough AFC North with a 13-3 record.

Billick earned All-Western Athletic Conference honors and honorable mention All-America in 1976 as a tight end at Brigham Young University (BYU). In 1976, he caught 20 passes for 338 yards and a touchdown. Billick played linebacker for the Air Force Academy during his freshman year, before transferring to BYU.

Billick has participated enthusiastically in community work since his arrival in Baltimore, including working with the United Way of Central Maryland (the Leukemia and Lymphoma Society), hosting golf tournaments for the National Breast Cancer Foundation and serving as the honorary chairman for the American Lung Association’s Breath of Life Celebration. He also serves on the board of directors of the Living Classrooms Foundation. The Multiple Sclerosis Society, Maryland Chapter selected Billick as its 2001 “Champion of the Year.”

Billick has co-authored three books: Competitive Leadership: Twelve Principles for Success (with Dr. James A. Peterson), Finding the Winning Edge (with NFL Hall of Fame coach Bill Walsh and Dr. Peterson) and his latest book, More Than a Game: the Glorious Present and Uncertain Future of the NFL (with Michael MacCambridge). Finding the Winning Edge is a blueprint for developing an NFL team, covering everything from practice schedules to front office structure.

Following his coaching career, Billick worked as a studio analyst for ABC Sports and as a draft analyst for the NFL Network in 2008. He recently joined the FOX Sports team as the NFL game analyst for the 2008-2009 football season.

Creating a Life of Success

An Evening with Coach Billick

"Brian Billick’s message was right on point for this meeting. He was extremely personable and we really appreciated that he took extra time to meet our executives at the reception the evening before our event."