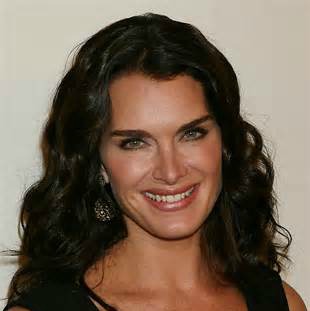 Actress Brooke Shields was born on May 31, 1965, in New York City, to Terri and Frank Shields. Her father was a Revlon executive and her mother a model. Shields has been in the public eye from the very beginning, as she appeared in an Ivory Snow advertisement when she was a mere 11 months old.

In 1978, Shields made her film debut in Louis Malle's Pretty Baby and followed it up with high-profile roles in The Blue Lagoon (1980) and Endless Love (1981). Meanwhile, Shields caused a sensation with her advertisements for Calvin Klein jeans, in which she claimed that nothing came between her and her Calvins. Shields also endorsed Breck shampoo, Colgate toothpaste, and Band Aids.

During the later part of the '80s, Shields cut back on her acting to attend Princeton University in New Jersey and graduated in 1988. Around this time, she also wrote a much-publicized autobiography, On Your Own.

Shields starred in a string of TV-movies following college, before landing the title role in Suddenly Susan in 1996. With a great time slot between Seinfeld and ER, the show achieved success and was later moved to Monday nights and ran through late 1999. Shields' then had starring roles in several independent films, including James Toback's Black and White (2000), co-starring Robert Downey Jr.

In 2007, she appeared as Miley Cyrus' mother on the hit Disney show, Hannah Montana. The next year, she starred in the television drama Lipstick Jungle, which ran for two seasons.

In the spring of 2005, Shields spoke out about her struggle with postpartum depression after Rowan's birth. She appeared on The Oprah Winfrey Show to publicize her book, Down Came the Rain, which detailed her struggles with suicide, delayed bonding and severe depression that came with her traumatic childbirth experiences.

In addition to her professional career, she continues to be a strong advocate for children's rights and literacy.

Advocating for our Children

An Evening with Brook Shields

Down Came the Rain

"Brooke Shields delivered a powerful and passionate presentation. She cares deeply for the lives of children and is making an impact, not just speaking on the issue. Very inspiring!"