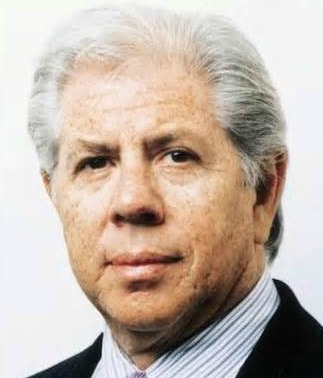 Few journalists in America’s history have had the impact on their era and their craft as Carl Bernstein.

In the early 1970s, Bernstein and Bob Woodward broke the Watergate story for The Washington Post and set the standard for modern investigative reporting, for which they and The Post were awarded the Pulitzer Prize. Together, they wrote two classic bestsellers: All the President's Men (also a movie starring Robert Redford and Dustin Hoffman) about their coverage of the Watergate story and The Final Days about the denoucement of the Nixon presidency.

Since then, in books, magazine articles, commentary, television reporting, and as editor of an award-winning website, Bernstein has continued to build on the theme he and Woodward first explored in the Nixon years – the use and abuse of power: political power, media power, financial power, and spiritual power. His most recent book is the acclaimed biography, A Woman in Charge: The Life of Hillary Rodham Clinton.

In the 1990s, Bernstein turned his attention to one of the towering figures of the age, Pope John Paul II, resulting in the ground-breaking papal biography His Holiness: John Paul II and the History of Our Time. The book, co-authored with Vatican journalist Marco Politi and published in 1996, was the first to detail the Pope's pivotal, and often secret, role in the fall of communism.

Much of the information was unearthed from the Kremlin’s secret archives of the Cold War era, and from Vatican sources who also shed historic light on the Pope’s ecclesiastical policies and personal attitudes towards sex, priestly celibacy, women, dogma, and tensions between the American church and the Vatican. Bernstein is also author of a masterful memoir of his family’s experience in the McCarthy era,Loyalties: A Son's Memoir, published by Simon and Schuster in 1986.

In the political season of 1999-2001, Bernstein served as editor and executive vice president of Voter.com, a pioneering website that Forbes Magazine named the best political site on the internet. The site initiated the now-standard practice of amassing and consolidating content from multiple sites.

Currently, he is a political analyst for CNN, a contributing editor forVanity Fair, and a former Washington Bureau Chief and correspondent for ABC News. In addition to his political coverage and commentary, Bernstein has written and lectured extensively – and critically – about the role and responsibilities of the American press.

Bernstein was born and raised in Washington, DC. He began his journalism career at age 16 as a copyboy for The Washington Evening Star, and became a reporter at 19. At The Washington Post, he covered virtually every aspect of the urban experience: police, the courts, city hall, the suburbs, race and civil rights, the anti-war movement, Maryland and Virginia politics. He was also a part-time rock critic at the paper.

The People Are Right: America’s Problem is...the Cult and Culture of Washington

"Carl's presentation was engaging and packed with nuggets we will never forget. A great speaker.  A home run! "