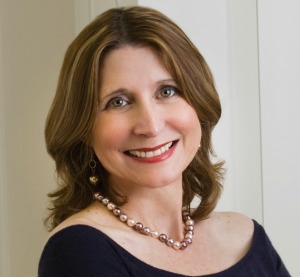 Christina Hoff Sommers is a resident scholar at the American Enterprise Institute in Washington, DC. Before joining AEI, she was a professor of philosophy at Clark University where she specialized in moral theory. Her academic articles have appeared in publications such as The Journal of Philosophy and The New England Journal of Medicine. She has also written for The Wall Street Journal, The New York Times, The Washington Post, The New Republic, The Weekly Standard, and The Atlantic.

Sommers is editor of Vice and Virtue in Everyday Life, a leading college ethics textbook, and the author of Who Stole Feminism? and The War Against Boys - the latter was a New York Times "Notable Book of the Year" in 2000. Her most recent book, co-authored with her AEI colleague Sally Satel, is One Nation Under Therapy.

Sommers has appeared on numerous television programs including Nightline, Sixty Minutes, the Oprah Winfrey Show and twice on Comedy Central's The Daily Show. She has lectured and taken part in debates on more than one hundred college campuses.

Christina Sommers, her husband and her two sons live in Chevy Chase, Maryland.

A review of common feminist myths, untruths, and exaggerations: that gender is a 'social construction'; that American women are an oppressed class; that women earn 75 cents for every dollar a man earns; that violence against women increases 40 percent on Super Bowl Sunday - and more.

The Case for Conservative Feminism: Rescuing the Movement from the Radicals

Sommers argues that moderates, conservatives, and libertarians should rescue the noble cause of feminism from the radical left.

The War Against Boys: Has it Ended?

How boys are faring in a society that favors girls.

The Case for Conservative Feminism: Rescuing the Movement from the Radicals

The War Against Boys: Has it Ended?  How boys are faring in a society that favors girls.

"Christina was excellent. She kept the audience in the edge of their seats with her talk. We can wait to have her back."