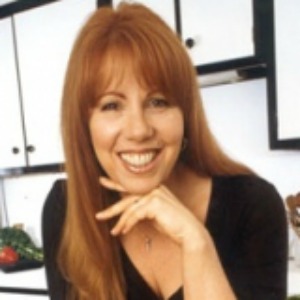 A life-threatening illness and a dramatic change in diet which saved her became the impetus for the lifestyle that Christina Pirello has fully embraced and educated others about. At the age of 26, Pirello was diagnosed with terminal leukemia, which had already advanced to an acute stage by the time it was discovered. With little hope for recovery, a co-worker introduced her to Robert Pirello, a whole foods advocate who helped her change her eating habits by relying on whole, unprocessed foods. Rigidly adhering to this new diet that consisted of beans, grains, and vegetables, her doctors noticed considerable improvement in just two months’ time, and fourteen months later, she was completely cancer free.

Pirello remains convinced of the close relationship between diet and health and has been promoting a healthful eating lifestyle ever since her recovery. She has also studied and became an expert in traditional Chinese medicine, Ayurveda, and acupuncture. Pirello went on to become the Emmy award-winning host of Christina Cooks, a television series that airs on over 200 public television stations across the U.S. and in over 50 countries on Discovery Health. She has written several cookbooks, including I'm Mad as Hell and I'm Not Going to Eat it Anymore, Christina Cooks: Everything You Always Wanted to Know About Whole Foods But Were Afraid to Ask, and the best-selling Cooking the Whole Foods Way, which was named the “Healthiest Cookbook of the Decade” by the Physician’s Committee for Responsible Medicine.

In 2008, Pirello founded the Christina Pirello Health Education Initiative, a nonprofit organization dedicated to changing people’s relationship with food and which has developed into several in-school programs designed to help our kids make healthier food choices while they’re still young. She has also been teaching whole foods cooking classes since 1988 and conducts lifestyle seminars and lectures throughout the U.S. Pirello is on the board of The Farm Market Trust, The Green Council of Philadelphia, and The Green City Youth Council of Philadelphia, among others.  She holds a bachelor’s and master’s in fine arts from the University of Miami and a master’s degree in nutrition. A Christina Pirello keynote address would be an extremely inspirational and educational experience, particularly for those who might have health issues of particular concern and hope to learn more about the remarkable recovery Pirello had made by simply changing her diet. The powerful connection between food and health is certainly something to consider.

Christina Cooks: Everything You Always Wanted to Know About Whole Foods But Were Afraid to Ask

Back to the Cutting Board

"Christina was magnificent. She is enthusiastic about life in general. She made such an impact in our audience.  We were very pleased with your recommendation. Thank you."