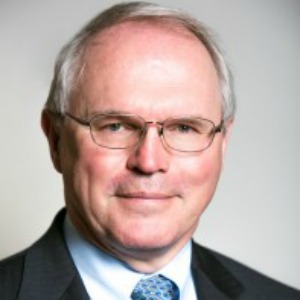 Ambassador Christopher Robert Hill served as the U.S. Ambassador to Iraq from April 2009 until August 2010. He is a career member of the Foreign Service whose prior assignment was Assistant Secretary of State for East Asian and Pacific Affairs. He also served as Ambassador to the Republic of Korea. On February 14, 2005, he was named as the Head of the U.S. delegation to the Six-Party Talks on the North Korean nuclear issue. Previously he has served as U.S. Ambassador to Poland (2000-2004), Ambassador to the Republic of Macedonia (1996-1999) and Special Envoy to Kosovo (1998-1999). He also served as Special Assistant to the President and Senior Director for Southeast European Affairs in the National Security Council.

Earlier in his Foreign Service career, Ambassador Hill served tours in Belgrade, Warsaw, Seoul, and Tirana, and on the Department of State’s Policy Planning staff and in the Department’s Operation Center. While on a fellowship with the American Political Science Association he served as staff member for Congressman Stephen Solarz working on Eastern European issues. He also served as the Department of State’s Senior Country Office for Poland. Ambassador Hill received the State Department’s Distinguished Service Award for his contributions as a member of the U.S. negotiating team in the Bosnia peace settlement, and was a recipient of the Robert S. Frasure Award for Peace Negotiations for his work on the Kosovo crisis. Prior to joining the Foreign Service, Ambassador Hill served as a Peace Corps volunteer in Cameroon.

Ambassador Hill graduated from Bowdoin College in Brunswick, Maine with a B.A. in Economics. He received a Master’s degree from the Naval War College in 1994. He speaks Polish, Serbo-Croatian and Macedonian.

The China Threat to the West

"Ambassador Hill's presentation was packed with information.  He was able to impress our international guests and educate us all."