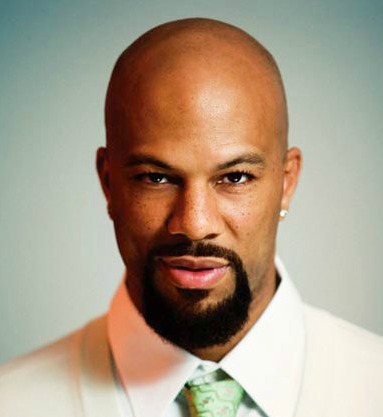 Prior to acting, Common rose to prominence as one of hip-hop's most poetic and respected lyricists having recorded over eight albums. In 2004, he partnered with Chicago native and rap music mega-star Kanye West to produce BE, which went on to garner four Grammy Award nominations.

In 2007 Common released his critically acclaimed seventh album Finding Forever where it debuted at #1 on the Billboard 200 Album Chart and it went on to earn a Grammy award. His eighth album, Universal Mind Control, was released in 2008 and recently nominated for a Grammy in the category of Best Rap Album. He is currently in the studio working on his upcoming album The Believer.

Common is a regularly requested guest speaker known to motivate and empower collegiate minds while speaking at prestigious universities across the Country.

In 2007, he launched the Common Ground Foundation, which is dedicated to the empowerment and development of urban youth in communities by helping them to realize their full potential. Common also offers an even younger generation a better understanding of self respect and love, by utilizing the cultural relevance of hip hop in the children books he has written. The first one, entitled The Mirror and Me, teaches lessons of life, the human spirit, and human nature. His follow-up book I Like You But I Love Me was nominated for an NAACP Image Award, and in 2008 he released his third book, M.E. (Mixed Emotions).

In addition to his music, film, and literary pursuits, Common has been the face, voice and inspiration behind some of the largest consumer brands in the country. Common is currently the voice of Gatorade's G Series Sports Drink commercial that was launched during Super Bowl 2010. In 2009, he was announced as the face of the new Diesel men's fragrance Only the Brave and he partnered with Microsoft as the inspiration and one of the designers to launch their Softwear clothing t-shirt line.

Whether inspiring audiences through music, movies, books or his foundation, Common continues to break new ground, and remains to be one of hip hop's most innovative, positive voices.

The Mirror and Me

"Common was a perfect choice for our students.  His message was powerful.  His style of delivery was perfect."