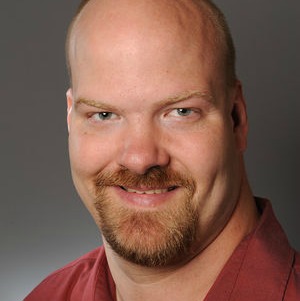 Craig Dietz was born on April 13, 1974 and grew up in the rural town of St. Marys, Pennsylvania. Despite being born without limbs, Craig was a very active kid—bowling in a league, hunting, fishing, playing percussion in the school band, and was a member of the High School honor society.

Deitz graduated from Duquesne University in Pittsburgh in 1996, with a B.A. in political science.  At Duquesne, he was involved with the Campus Ministry and a member of the Delta Chi Fraternity.  He graduated from the University of Pittsburgh School of Law in 1999 and passed the bar exam on his first attempt, without any special accommodations.  Craig worked as an Assistant City Solicitor for the City of Harrisburg until 2006 when he took the same position with the City of Pittsburgh.

In addition to hunting, fishing, skiing, bowling and playing volleyball, Craig always had a passion for swimming. But, it wasn't until 2008 that he decided to start training for long distance open water swimming and completed the 1500 meter swim in the Pittsburgh Triathlon in 40:20.  That one race was all it took for Craig Dietz to become hooked on the competition of triathlon and open water swimming.

Deitz has competed in the Pittsburgh Triathlon every year since 2008.  In 2012, he finished the swim in 29:16, with his team finishing 4th out of 18.  Deitz has also expanded his training to compete in multiple Half Iron Man Relays (1.2 mile swim) and 2-mile swim competitions.  In June of 2012, Deitz became the first quadruple amputee to swim across the Chesapeake Bay, finishing the 4.4 mile rough-water swim in just under 3 hours.

Craig Deitz's parents, two sisters and brother have always been extremely supportive of his activities throughout his life.  His family was instrumental in getting him driving lessons and purchasing a van specially equipped for him to drive.  Dietz has lived independently since graduating from high school, and currently resides with his wife in Harrisburg, PA.

Craig Dietz's story has been featured on FOXNEWS, ESPN'S telivision show E:60, as well as ESPN The Magazine and several local print and television news media outlets.  Watch for Deitz's appearance on the new Marie Osmond Talk Show, airing in October 2012.  Invite Deitz to challenge and inspire your community, school or workplace today.

"Craig is one of the most inspiring speaker we ever had. Period."
--Phyllis Bennett, Program Director, MLK DREAM Showcase.

"Speaking for one full hour, he successfully held the attention of the diverse audience and reached the students at all levels with his genuine story, humor, and unbelievable philosophy about life’s challenges."
--Sandra Florig, County Catholic High School

"Through Craig's presentation, the audience learns that no matter what life presents, it is OK to laugh, move forward and thrive, both personally and professionally."
--R. Keith McNally, Independent Meeting Planner