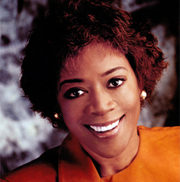 Dr. Crystal Arlene Kuykendall is considered one of the most dynamic individuals of our time. A critical thinker, analyst, motivator, and mentor. Dr. Kuykendall has astounded audiences and individuals through the power of her observations and the warmth of her words. A highly sought after and savvy speaking sensation, she is an engaging educator, human relations expert, legal analyst/litigator, endearing author and loving mother.

Born in Chicago, IL, with very humble beginnings, Dr. Kuykendall graduated from Hyde Park High School with 4 scholarships at the age of 16. She received her B.A. from Southern Illinois University (Carbondale) as a Government major. Though an Assistantship, she graduated from Montclair State University (Montclair, NJ) with a Master of Arts degree in Sociology. Through a Ford Fellowship, she received her Doctorate in Educational Administration from Atlanta University. Always seeking additional avenues for advocacy and service, Dr. Kuykendall received her Juris Doctorate (law degree) from Georgetown University Law Center in 1981 and was admitted to the Bar Association of the District of Columbia after passing the Bar Exam in 1988 on her first attempt.

On June 2, 2002, the President of Lewis & Clark College in Portland, Oregon conferred upon Dr. Kuykendall the degree of Doctor of Humane Letters, honoris causa (the Honorary Doctorate), after she delivered the Commencement speech to the Master Degree candidates from the School of Education. The Honorary Doctorate was presented to recognize Dr. Kuykendall "for her leadership, public service and her unflagging belief in children and in the parents and teachers who train them."

A former elementary and secondary public school teacher, Dr. Kuykendall has taught at Seton Hall University and Montclair State University. She is the former Executive Director of the National Alliance of Black School Educators. She also served as Director of Urban & Minority Relations for the National School Boards Association and the Director of the Citizens Training Institute for the National Committee for Citizens in Education. Appointed by U.S. President Jimmy Carter to the National Advisory Council on Continuing Education, she served as Council Chairperson from 1979-1981. She was also chosen by the editors of Ebony Magazine as one of the "50 Leaders of the Future" in 1979.

Dr. Kuykendall has been exemplary in leadership, public service, and corporate success. She has served on the Board of Directors of Health Power, Inc. She has also served as Chairperson of the Henry C. Gregory, III Family Life Center Foundation of Shiloh Baptist Church of Washington. In addition she served on the Advisory Board of the Congressional National Youth Leadership Conference and the National Education Task Force of the Martin Luther King Jr. Center for Social Change. She is also a member of the Board of Directors of the Maryland Mentoring Partnerships.

In over 25 years of experience and service delivery, she has received over 300 plaques, awards, citations, certificates and "Keys to the City" and numerous tributes and commendations for her efficacy in facilitating personal and professional empowerment, problem resolution and organizational growth.

Author of Developing Leadership for Parent/Citizen Groups in 1976, Dr. Kuykendall authored Improving Black Student Achievement through Enhancing Self-Image in 1987 and a motivational calendar for parents, "You and Yours: Making the Most of this School Year" (1997 and 1989). Her well lauded book, From Rage to Hope: Reclaiming Black and Hispanic Students, published in 1992, is considered by many a "timeless treasure" and is a national best seller. In May 2004, the second edition of this national bestseller, "From Rage to Hope II", was published. Her unique empowerment guide and character development planner, Dreaming of a P.H.A.T. Century, continues to be extolled by winners of all ages.

In 1989, Dr. Kuykendall incorporated her company, Kreative and Innovative Resources for Kids (K.I.R.K.). Through the company she provides long term technical assistance and consulting services to an increasing number of national and international clients. This is done through individual endeavors as well as through the use of a team of expert consultants, when needed.

Since 1990, she has given over 100 speeches annually. Her audiences connect almost instantly with her high energy, charm, charismatic delivery and moving messages. As she weaves her magic behind a microphone, her audiences experience an incredible array of emotions. She not only facilitates self analysis, she also inspires personal and organizational change, growth and powerful results in personal and professional pursuits. It doesn't matter who she addresses, CEO's or custodians, educators or administrators, youth or seniors, public or private employees, the results are the same and audiences give thundering standing ovations wherever she goes. Mother of two daughters and a son, Dr. Kuykendall has also been a H.O.S.T.S. (Help One Student To Succeed) mentor since 1995 and is a school and church volunteer. One of her daughters, Rasheki M. Kuykendall, received the 2005-2006 Milken Family Foundation National Educator of the Year Award.

Creating A Climate Most Conducive to Student Achievement

Incommensurability: The Issue Behind School Equity

Mentoring to Make A Difference

“Thank you for your participation at the AASA Seattle Summit: Leadership for the Future, in Seattle, Washington. Based on our feedback received on site and from our evaluation forms, your session Leadership to Facilitate a Positive Transformation was enjoyed by all who attended. The session sparked exciting conversations!”

“Crystal has the passion, professionalism, savvy, style and unique ability to arouse and enhance the desire and effectiveness of those responsible for education kids. She knows what it takes to improve school culture, climate and student success!”

“I want to thank you again for kicking off the NSBA Caucus Program with a personal and professional ‘guston’ that was unmatched.”