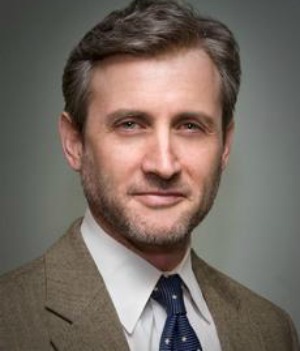 Legal Analyst for ABC News, CEO, Abrams Research and Founder/Publisher, Mediate.comIn addition to his role as CEO of Abrams Research, Dan Abrams is the legal analyst for ABC News, a substitute anchor for Good Morning America and the host of Discovery ID's Chasing Justice with Dan Abrams. Until 2011, he had been at NBC for the previous 15 years as a reporter for NBC Nightly News, host on MSNBC and chief legal correspondent for NBC News. From 2006 to late 2007, Abrams served as general manager of MSNBC, where he presided over a period of unprecedented growth, with ratings and profits each increasing well over 50% during his tenure. During that time Abrams was also a member of the NBC Universal President's Council.

He is currently the founder and CEO of Abrams Media which includes: Mediaite.com, a media news website; Geekosystem.com, covering tech and geek culture; Styleite.com, for beauty and fashion; SportsGrid.com, which follows sports and sports-related media; GossipCop.com, which monitors false reporting in the celebrity gossip industry; TheMarySue.com, for female "geeks," and TheJaneDough.com. Together, the Abrams Media Network welcomes over 10 million unique visitors per month.

A graduate of Columbia University Law School, Abrams is a recognized writer. He has published articles in The New York Times, Wall Street Journal, Newsweek, The Yale Law and Policy Review, The Huffington Post, The Daily Beast and Mediate, among many others. He is also the legal columnist for Men's Health Magazine. Abrams recently published his first book: Man Down: Proof Beyond A Reasonable Doubt That Women Are Better Cops, Drivers, Gamblers, Spies, World Leaders, Beer Tasters, Hedge Fund Managers, and Just About Everything Else.

Man Down: Proof Beyond A Reasonable Doubt That Women Are Better Cops, Drivers, Gamblers, Spies, World Leaders, Beer Tasters, Hedge Fund Managers, and Just About Everything Else.

"Dan Abrams was amazing.  He engaged the audience, stayed on topic, was entertaining and delivered content."