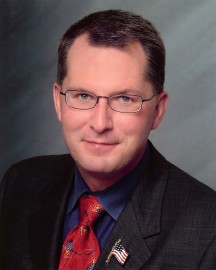 In a word, Dave Pelzer embodies Esprit: Spirit, Humor & Wit. As a child, his resilience enabled him to overcome extreme life-threatening obstacles. As an adult, for over 20 years, Dave’s inspirational work has encouraged countless organizations and millions of individuals to recommit their efforts and remain steadfast to their personal convictions.

Dave has experienced a truly extraordinary life. He nearly died several times by the hands of his mentally disturbed alcoholic mother. Years later it was determined that Dave’s case was identified as one of the most gruesome and extreme cases of child abuse in California’s then history. At age 12 Dave was finally rescued and placed in a series of foster homes until he enlisted in the U.S. Air Force at age 18. Even with all that was against him, Dave was determined to better himself - no matter what the odds.

As a member of the armed forces, Dave was hand-picked to midair refuel the highly secretive SR-71 Blackbird and the F-117 Stealth Fighter, which played a major role in Operations Just Cause, Desert Shield and Desert Storm. While serving on active duty and maintaining a rigorous flight schedule, Dave made time to give of himself. In 1990, Dave was the recipient of the JC Penney Golden Rule Award, making him the California Volunteer of the Year.

Some of Dave’s distinctive accomplishments have been recognized through a number of prestigious awards, as well as personal commendations from Presidents Reagan, Bush, Clinton and George W. Bush. In 1993, Dave was honored as one of the Ten Outstanding Young Americans. He joins a distinguished group including: John F. Kennedy, Anne Bancroft and Christopher Reeves. In 1994, Dave was the only American to be honored as The Outstanding Young Persons of the World! In 1996, he carried the coveted centennial flame for the Olympic Games. Dave was paid tribute as the recipient of the 2005 National Jefferson Award. Other alumni of this award include Colin Powell, Sandra Day O’Connor and Bob Hope.

Dave is a living testament of a self-made man, who as an optimist strongly exudes resilience, service to mankind, personal responsibility and faith in humanity. Dave’s unique and intriguing outlook on life, coupled with his “Robin Williams” like wit and sense of humor entertain and encourage all of us to truly commit to overcome any challenge, while living life to its fullest. For over two decades, Dave has dedicated his life to helping others ... to help themselves. While many make excuses and seem pessimistic, Dave carries the banner in a nation where opportunities are endless in what he calls “The Greatness of America.” And through his work, you will too.

The Greatness of America

A Child Called "It"

The Privilege of Youth

Too Close to Me

“Dave was very cordial and met with us before our event to make sure his presentation met our specific goals. We have had positive feedback. As always, he was very funny, challenged our audience, spoke about resilience, mingled with the crowd…he was great! He gave us a big hug before he left.”