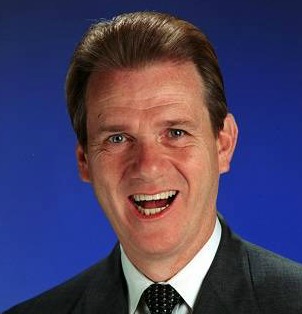 Few individuals have felt the crushing blows that have besieged David Ring since birth. He was born to lose. On October 28th, 1953, in Jonesboro, Arkansas, Ring was born with Cerebral Palsy. Orphaned at age 14, he was cast about from family to family with nowhere to call home.

He endured constant physical pain, humiliating public ridicule and constant discouragement. Yet in the face of these seemingly insurmountable obstacles, David Ring emerged not victimized… but victorious!   Life was worse than hopeless to him until his relationship began with Jesus Christ who taught him self-respect and acceptance of his physical challenges. To most, physical challenges of this magnitude would prove to be a tombstone. For David Ring, this coming of age was and remains a milestone. You’ve never heard a speaker quite like David Ring. Although difficult to understand at first, you will soon find yourself captured by his quick wit and warm personality.

Whether giving a motivational message at a sales convention, or inspiring church leaders, Ring always focuses on an individual’s need to conquer the personal challenges an adversities of life.

As you hear David Ring, you will laugh…and cry. You will be amazed at his triumph over odds. You will be moved to consider your own life. As one who has not been stifled by his physical limitations, he clearly stakes his challenge to everyone. “I have Cerebral Palsy–what’s your problem?” As a nationally known speaker since 1973, Ring shares his story with over 100,000 people each year at churches, conventions, schools and corporate events. He has been featured on numerous occasions on several nationally televised programs.

Ring and his wife, Karen, make their home in Nashville, Tennessee. They are the parents of four children, April, Ashley, Nathan and Amy Joy.