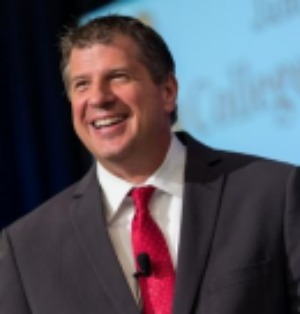 Davy Tyburski’s success began at an early age…his first ‘major’ achievement came while he attended Monessen High School. While Tyburski was in high school, he attended a vocational technical school to learn carpentry. He was awarded the Outstanding Senior Achievement award for carpentry and with that momentum; he began his ‘first career’ as a carpenter in the small, steel mill town of Monessen, Pennsylvania.

While in Monessen he and his older brother Ronnie volunteered at the Monessen Ambulance Service where they served as Emergency Medical Technicians (EMTs.) This is where Davy learned the values of teamwork, dedication and living each and every day to serve others, especially in their time of need.

Tyburski’s father was a mail carrier and his mother was a bookkeeper. He learned many values and lessons from his hardworking parents, but one sticks with him even today. He recalls one conversation during the winter months when his Dad came home for lunch and Tyburski asked him, “Why do you endure such grueling conditions to deliver the mail?”

His Dad always responded the same way, “My customers are depending on me to deliver the mail, especially their social security and pension checks!” A huge commitment to customer service delivered with a servant’s heart, what a great lesson Tyburski learned at an early age.

At the age of 19, after one winter in the construction business, he decided it was too cold to be a carpenter in Pennsylvania so he packed his belongings and moved to Fort Lauderdale, Florida. He left behind his loving parents and three older brothers. When he arrived in Florida, he worked one summer as a carpenter and discovered it was too hot to be a carpenter. It was time for a career change…

Tyburski needed a ‘career change’ and decided to pursue a career in the healthcare profession because he enjoyed helping and serving others. After searching the classifieds in Fort Lauderdale, he responded to a ‘Help Wanted’ ad that read something like this, “EMT wanted for a global medical device company.” After three interviews (wearing the same dress shirt and same tie), he accepted the humble position of service consultant with the company.

Profit Maximization: 5 Unique Ways to Increase Your Revenue, Decrease Your Costs, and Maximize Your Profit in 30 Days or Less!

From Conflict to Cooperation: The Insider's Guide to a Strong CREDITandSALES Relationship

"Thank you Davy. I found your presentation to be dynamic and contemporary, it was a pleasure to participate. I’ve recommended you to my boss and am encouraging her and all else who will listen to have you put on a seminar for us!"
--Nick Ropp, Levi Strauss & Company