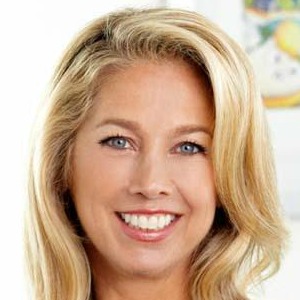 Denise Austin promotes a sensible, realistic, and enthusiastic approach to fitness and eating: She works out only 30 minutes a day and never skips a meal! Her health and fitness philosophies have won her countless fans throughout the United States, who send her over 10,000 letters and e-mails a week. She has been named "America's favorite fitness expert" and credits her energy to tackle challenges and achieve her success to the gratification of knowing she makes a difference in people's lives and inspires them to feel better.

Austin began her fitness career teaching aerobic exercise classes in the Los Angeles area, earning her own local television program. Since then, in her 25 years of working to promote health and fitness, she has sold nearly 20 million exercise videos and DVDs landing her in the Video Hall of Fame. She subsequently released Eat Carbs, Lose Weight : Drop All the Pounds You Want without Giving Up the Foods You Love , and she has launched Denise Austin's Fit Kids, especially for kids and their families.

Austin has authored eight books on fitness. Her most recent one, Sculpt Your Body with Balls and Bands, has a new system to help firm up and shed unwanted pounds in 12 minutes a day. Her column, "Body Work by Denise Austin," appears monthly in Prevention Magazine and highlights target exercises that zero in on problem areas of the body.In addition to books and videos, she is entering her 20th season on television. You can watch this exercise maven on her own shows, Denise Austin's Daily Workout and Fit and Lite Daily Workout on Lifetime TV.

The show's 18-year history makes Denise Austin's Daily Workout the longest running fitness show on television. Her second show on Lifetime, Fit and Lite focuses on yoga and Pilates and gets the body warmed up before the high-energyDaily Workout follows it every morning and have been chosen the nation's most popular television shows in health and fitness.

In 2002, President Bush appointed Austin to the President's Council on Physical Fitness and Sports (PCPFS), an organization that strives to promote, encourage, and motivate Americans of all ages to become physically active and participate in sports. She is especially excited about the PCPFS's special emphasis on programs to help the nation's youth lay the foundation for active and fit lives. To date, she has visited schools in 10 different states, and her goal is to visit and work with the youth of every state in America.

A dynamo of energy in a size 5, Austin is a true motivator. She has become a veritable fitness empire, complete with books, shows, magazine columns, videos, and DVDs, as well as her own line of workout equipment, a signature shoe, and bodywear by Danskin.

The Story of a Fitness Empire

"Denise is fantastic!  She worked hard to meet our expectations.  She delivered a program that was perfect for our audience."