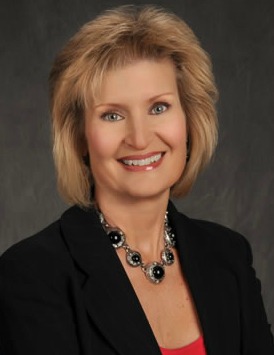 Dianna Booher has a proven track record at client organizations; she has received the IBM Star Quality Award (highest rated outside vendor for writing and presentations programs) and the Frito-Lay Minority/Woman-Owned Vendor of the Year Award (overall impact on the organization).

Booher is the author of 46 books that have been translated into 26 languages, and she has published with Simon & Schuster/Pocket Books, Warner, McGraw-Hill, Random House, Thomas Nelson, and Berrett-Koehler. Dianna's work is also widely available in audio, video, and online courseware. Several books have been major book club selections and have won numerous awards. Her most popular books include Creating Personal Presence: Look, Talk, Think, and Act Like a Leader, Communicate with Confidence: How to Say it Right the First Time and Every Time,The Voice of Authority: 10 Communication Strategies Every Leader Needs to Know, and Speak with Confidence: Powerful Presentations That Inform, Inspire, and Persuade.

Dianna Booher has been selected to present her programs and techniques at numerous international conferences for more than two decades. Consequently, she has received the highest awards in the professional speaking industry, including the honors of CPAE Speaker Hall of Fame (induction by National Speakers Association), Top 100 Thought Leaders in America (Leadership Excellence magazine), Top 100 Minds in Personal Development (Leadership Excellence magazine) and 21 Top Speakers for the 21st Century (list by Successful Meetings magazine).

What More Can I Say?

The Voice of Authority

"Your presentation, 'The 10 Cs of Effective Communication,' aligned perfectly with our Career Management System's development strategy. I appreciate your willingness to work with us and to get to know Principal Financial Group and particularly the IT community. And I really appreciated your flexibility and ability to adjust so quickly to the time allotment. Everyone I talked to has commented on your effectiveness in sharing a lot of information and yet still making it fun, entertaining, and interactive."