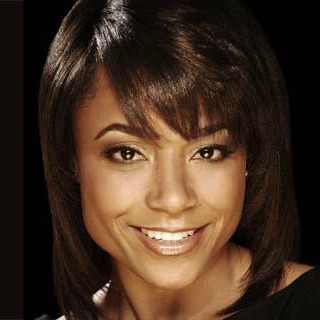 Olympic Gold Medal-Winning Gymnast Dominique Dawes is a champion in life. Bursting into the international spotlight in 1992 as part of the bronze-medal winning women’s Olympic gymnastic team, she was the first African American gymnast to ever qualify and compete in an Olympic games.

A three-time Olympian, “Awesome Dawesome” catapulted into stardom, winning more national championship medals than any other athlete, and is now the most decorated gymnast on the US women’s Olympic team. Since her Olympic glory, Dawes hasn’t rested on her laurels.

Her dedication, determination, and desire have served her well as a positive role model to people across the nation. Appointed co-chair of the President’s Council on Fitness, Sports and Nutrition, she is a popular speaker who shares insights about leading a healthy, balanced life, and achieving confidence and self-esteem through both athleticism and citizenship. As a spokesperson for multiple youth organizations, Dawes inspires her young audiences to realize their full potential and achieve a higher sense of self-esteem, paving the way for an empowered adolescence.

Talented and versatile, Dawes has appeared in the hit Broadway musical “Grease” and has established a prolific career as a sports broadcaster, covering the Olympic Games in both Beijing and Vancouver for Yahoo! Sports. As a coach, motivational speaker and President of the Women’s Sports Foundation, Dominique Dawes continues to be a winning force for young women of all ages.

Success Is a Journey, Not a Destination

Go for the Gold, a Program for African Americans

"We were thrilled with Dominique Dawes! She was gracious, absolutely amazing with the kids in our audience, and she truly exemplified character and grace. We'd recommend her to anyone!"