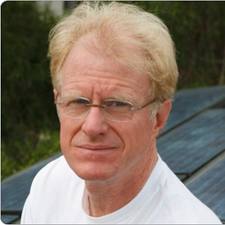 Edward James "Ed" Begley, Jr. is an American actor and environmentalist. Begley has appeared in hundreds of films, television shows, and stage performances.

When it comes to taking personal responsibility for the environment, few individuals can match the record of actor and activist Ed Begley, Jr. Known for turning up at Hollywood events on his bicycle, he has served as chairman of the Environmental Media Association and the Santa Monica Mountains Conservancy. He also serves on the boards of many organizations, including the Thoreau Institute and the Midnight Mission. His work has earned awards from numerous environmental groups including the California League of Conservation Voters, the Natural Resources Defense Council, the Coalition for Clean Air, Heal the Bay, the Santa Monica Baykeeper, and the Cesar E. Chavez Foundation.

Begley co-starred for three seasons in the hit Planet Green television series Living with Ed, a look at the day-to-day realities of “living green” with his wife Rachelle Carson, who is not quite as enthusiastic about a rain barrel as he is. His first book, Living Like Ed, was realeased nationally in February 2008, and his second book, Ed Begley, Jr.'s Guide to Sustainable Living, came out in August 2009.

Begley is currently the gold standard for sustainable living and energy efficiency advocacy, as well as one of the hottest speakers on eco-living in America. He has been practicing sustainable living for over 42 years. His theme, “Live Simply So That Others Can Simply Live,” has been received by standing ovations at over 200 events in just the last four years. His empowering and humorous message on sustainable living includes stories from his 1970 electric car to helpful hints on picking the “low hanging fruit” of energy savings. Since 2007, he has professionally endorsed products and services of over 24 different nationally recognized companies, including Panasonic, AO Smith, Hunter Fan Company, Ford Motor Company, and many others.

Inspired by the works of his Academy Award-winning father, Begley became an actor. He first came to audiences’ attention for his portrayal of Dr. Victor Ehrlich on the long-running hit television series St. Elsewhere, for which he received six Emmy nominations. Since then, Begley has moved easily between feature films, television and theater projects. He co-starred in the Woody Allen movie Whatever Works with Larry David, as well as the Seth Rogan/Judd Apatow film Pineapple Express. He also acted in a number of Christopher Guest films, including A Mighty Wind, Best In Show, and For Your Consideration. Other feature film credits include Batman Forever, The Accidental Tourist, and The In-Laws. Begley has also directed several episodes of the hit show NYPD Blue. He also wrote and directed the play Cesar and Ruben, which won a Nos Otros Award and four Valley Theater League Awards.

Begley lives in Studio City, CA in a small, energy efficient home with his wife, Rachelle, and their daughter Hayden.

Living Like Ed: A Guide to the Eco-Friendly Life

"Ed is a fantastic communicator. Our conference has a reputation for great speakers. Ed delivered and we were very pleased."