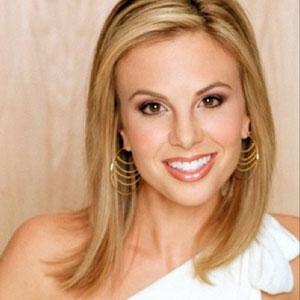 Co-Host of Fox & Friends, recipient of the 2003 Daytime Emmy® Award for "Outstanding Talk Show," is the original forum where real women discuss relevant, everyday issues and share their daily, no-holds-barred opinions and lively, colorful conversations. In addition The View has received 24 Daytime Emmy Awards and has 11 consecutive nominations for Outstanding Talk Show and Outstanding Talk Show Host for Hasselbeck and her co-hosts. The View celebrated its 2000th Show on February 2, 2006 and is currently in its 12th season. On the show, Hasselbeck has interviewed politicians including President George W. Bush, former President Bill Clinton, Senator Hillary Clinton, Republican Senator John McCain and President-Elect Barack Obama.

Mrs. Hasselbeck joined the energized 2008 presidential campaign by hitting the trail for Senator John McCain. At the 2008 Republican National Convention, she emceed a luncheon honoring Cindy McCain. In October 2008, Hasselbeck traveled to rallies in Florida to introduce Governor Sarah Palin to the crowds.

In August 2004, Hasselbeck spoke at the Republican National Convention, where she delivered a heartfelt speech that emphasized her continued effort in support of Breast Cancer prevention and research. In recent years she has worked with the Susan G. Komen Breast Cancer Foundation, Making Memories Foundation, Habitat for Humanity, The Wireless Amber Alert Program Initiative, Autism Speaks, and the National Foundation for Celiac Awareness. In June 2004, Mrs. Hasselbeck ran through the streets of New York City carrying the official Olympic Torch in celebration of the Summer Games in Athens, Greece.

In May 2009, Hasselbeck will release her first book The G-Free Diet: A Gluten Free Survival Guide to Living Gluten-Free.

Since taking the coveted seat on The View, Hasselbeck has been the focus of major magazine covers and articles including USA Weekend, Curious Parents, People, TV Guide, Glamour, Us Weekly, Life, Pregnancy and ePregnancy. Hasselbeck has filled in on the FOX News Channel's Fox and Friends, and has been a guest on Hannity, The Late Show with David Letterman, Rachel Ray, The Tonight Show with Jay Leno and Good Morning America.

Hasselbeck was formerly known to television audiences as a participant on the wildly popular second edition of Survivor: The Australian Outback. While competing in Australia, Hasselbeck used her competitive drive and survival skills to outwit, outplay, and outlast her way to the final four. Previously Hasselbeck exhibited her flair for fashion as host of the Style Network's The Look for Less, where she helped viewers find designer styles at bargain prices. She has served as spokeperson and done commercial work for Reebok, Johnson & Johnson and Procter & Gamble, Bright Beginnings Infant Formula and Dreft.

A 1999 Fine Arts graduate from Boston College, Hasselbeck's focus was on large scale paintings and industrial design. While at B.C. she captained her Division-1 softball team to back-to-back Big East championships. In 1999 she completed the Boston Marathon. She has recently been honored with the Boston College Distinguished Alumni Award.

Prior to her work in television, Hasselbeck designed shoes for PUMA, working on their street lifestyle line. She unveiled her new line of women's clothes, in partnership with QVC's dialogue brand in March 2009.