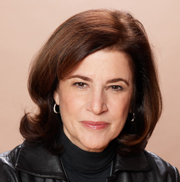 Ellen Galinsky, President and Co-Founder of Families and Work Institute (FWI), helped establish the field of work and family life while at Bank Street College of Education, where she was on the faculty for twenty-five years. Her more than forty-five books and reports include the highly acclaimed Mind in the Making: The Seven Essential Life Skills Every Child Needs, Ask The Children and the now classic The Six Stages of Parenthood. She has published over 125 articles in academic journals, books and magazines.

At the Institute, Ms. Galinsky co-directs the National Study of the Changing Workforce, the most comprehensive nationally representative study of the U.S. workforce—updated every five years and originally conducted by the U.S. Department of Labor in the 1977. She also co-directs When Work Works, a project on workplace flexibility and effectiveness first funded by the Alfred P. Sloan Foundation that has produced a series of research papers, and has launched the Sloan Awards as well as conducted the National Study of Employers, a nationally representative study that has tracked trends in employment benefits, policies and practices since 1998. Information from FWI’s research has been reported in the media more than three times a day since January 2010.

In 2011, the Society for Human Resource Management and the Families and Work Institute formed a ground-breaking, multi-year partnership that builds on the When Work Works initiative that Ms. Galinsky will co-direct. Called Moving Work Forward, this initiative will help businesses become more successful by transforming the way they view and adopt effective and flexible workplaces.

A leading authority on work family issues, Ms. Galinsky was a presenter at the 2000 White House Conference on Teenagers and the 1997 White House Conference on Child Care. She was a planner and participant at the March 2010 White House Forum on Workplace Flexibility and is working with the Women’s Bureau of the Department of Labor on the Regional Forums on flexibility that are continuing the work of the White House Forum. She served as the elected President of the National Association for the Education of Young Children, the largest professional group of early childhood educators. Ms. Galinsky also serves as the Program Director for The Conference Board's Work Life Leadership Council, a group of business leaders who have spearheaded work life issues in the business community since 1983.

Ellen Galinsky is the recipient of numerous awards, including the 2004 Distinguished Achievement Award from Vassar College and the 2005 Outstanding Volunteer and Professional Achievement Award from the National Cathedral School. She was elected a Fellow of the National Academy of Human Resources in 2005. A popular keynote speaker, she appears regularly at national conferences, on television and in the media, including the CBS Evening News with Katie Couric, World News Tonight and Oprah.

Ms. Galinsky holds a Master of Science degree in Child Development/Education from Bank Street College of Education, a Bachelor of Arts degree in Child Study from Vassar College and numerous honorary doctoral degrees.

Ellen Galinsky is married to artist Norman Galinsky, and they are the parents of two grown children: Philip, an ethnomusicologist and founder-director of Samba New York—an inspiring new performance group—and Lara, Senior Vice President at Echoing Green. Since 1987, Echoing Green has provided seed funding to more than 500 social entrepreneurs with bold ideas for social change to launch groundbreaking organizations around the world.

Mind in the Making: The Seven Essential Life Skills Every Child Needs

The Six Stages of Parenthood

Strategies for a Family-Friendly Workplace