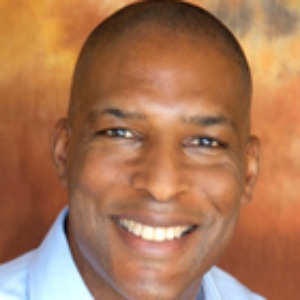 Eric Bailey is a man who knows about having obstacles in life. Now a global success, entrepreneur and businessman he never forgets what he had to overcome to escape the harsh poverty he faced as a child on the streets of South Central Los Angeles. In fact, he now spends his time travelling Australia and the globe, teaching, encouraging and inspiring those he meets about how to handle the challenges we all face in life.

However, it is not always easy, Bailey is often contacted by leading companies at crisis point to assist and intervene in some of the toughest situations imaginable. One of Eric’s clients Qantas called him into talk and encourage staff during a much-publicised time of immense inner company turmoil. Fortunately for all involved it was a success, and one staff member even jokingly said, "Forget the Terminator… Eric Bailey is The Activator" referring to his immense stature, passion and focus on getting people to take action.

Bailey started life as a rejected child with bad knees in a terrible, drug-riddled and impoverished neighbourhood where crime and drugs were a way of life. Instead of holding him back, Bailey learnt how to face challenges head-on, in an environment where his skills and strategies were forged in the furnace of cold, hard life experience.

His methods worked and Eric Bailey went from being barely literate at twelve years old to winning a college scholarship and going on to succeed in a variety of careers and pursuits including a lengthy career as a professional basketball player, distinguished businessman, and currently he now travels the world as a professional speaker. Ranked as the world’s Number One Activational Speaker, Bailey believes that in life, people need more than just motivation; they need to take action to overcome the obstacles they face.

And whatever he’s doing, it’s clearly working because each day and after every event, Bailey is flooded with stories of how he has helped to change people’s lives, often in very significant ways. He has spoken in 10 countries around the world. Empowered the lives of over 2 million people. Fortune 500 companies such as Qantas, Ford, Nike, ReMax, McDonalds, AMP, Toshiba, and John Deere just to name a few have selected Bailey to inject enthusiasm, passion, and the will to overcome adversity in their personal lives and in business.

A Winning Attitude A high-powered injection of attitude and energy!

Overcomking Adversity in Life and Business

Bring Your A Game

"Eric Bailey's 'A Winning Attitude Seminar' in June 2009 was a dynamic, motivating and emotional rollercoaster ride. Five minutes into his Seminar and we were hooked! Eric shared his story through active participation which was most effective. The impact he had on our work group was amazing and it was the topic of discussion for many weeks in the office. 'We now have the Winning Attitude.'"