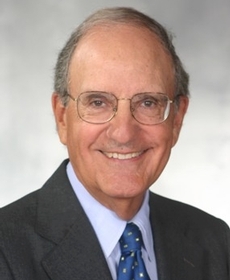 A statesman on both the global and domestic stage, George Mitchell is the man called on by presidents, prime ministers, corporate businesses, and sports leaders to handle delicate issues of peace negotiation, conflict resolution, and even independent, high-profile commissions. Mitchell has a well-earned and respected global reputation for always willing to take on tough jobs. He utilizes his decades of experience, commitment to fairness, and personal capabilities to untangle the thorniest of disputes and the most sensitive and challenging investigations.

Mitchell recently stepped down as President Obama’s Special Envoy for Middle East Peace. His illustrious career also includes chairing the peace negotiations in Northern Ireland that brought warring factions together for the first time in decades, which ultimately resulted in the historic Good Friday Agreement for which he received the Presidential Medal of Freedom and a nomination for the Nobel Peace Prize. Mitchell has also lead the investigation into the use of performance-enhancing drugs by Major League Baseball players, chaired a special commission investigating allegations of impropriety in the bidding process for the Olympic Games, and oversaw the American Red Cross Liberty Disaster Relief Fund.

George Mitchell was chancellor of The Queen’s University of Northern Ireland, chairman of the International Crisis Group (a nonprofit organization dedicated to the prevention of crises in international affairs), chairman of The Walt Disney Company, and a U.S. Senator for 15 years including serving for six years as Senate Majority Leader. Mitchell customizes his presentations for audiences with a range of topics including global politics, U.S. foreign policy, U.S. politics, business leadership, conflict resolution, and negotiation just to name a few.

"Senator Mitchell is magnificent.  His remarks were educational and his style impressive. We enjoyed hosting him as our main speaker."