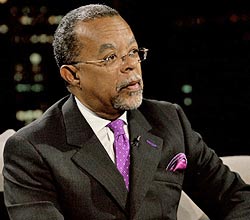 African American politics. An influential cultural critic, Professor Gates has written a 1994 cover story for Time magazine, numerous articles for the New Yorker, and in September 2004, a biweekly guest column in The New York Times.

His honors and grants include a MacArthur Foundation “genius grant” (1981), the George Polk Award for Social Commentary (1993), Time magazine’s “25 Most Influential Americans” list (1997), a National Humanities Medal (1998), election to the American Academy of Arts and Letters (1999), the Jefferson Lecture (2002), a Visiting Fellowship at the School of Social Science at the Institute for Advanced Study at Princeton (2003-2004), the Jay B. Hubbell Award for Lifetime Achievement in American Literary Studies from the Modern Language Association (2006), ), the Rave Award from Wired Magazine (2007), the Let’s Do It Better Award from of the Columbia University School of Journalism for “African American Lives” (2007), and the Cultures of Peace Award from the City of the Cultures of Peace (2007). In 2006, he was inducted into the Sons of the American Revolution, after he traced his lineage back to John Redman, a Free Negro who fought in the Revolutionary War.

Finding Oprah’s Roots, Finding Your Own

In Search of Our Roots

"In this informational and intellectually stimulating lecture, Professor Gates delves into the history of W.E.B. Du Bois's three failed attempts to edit a black encyclopedia Britannica, and our efforts to bring Du Bois's dream to fruition."