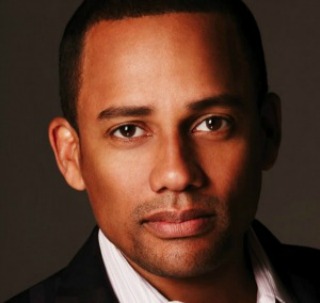 Hill Harper has won legions of admirers for his soulful portrayal of "Dr. Sheldon Hawkes" on the hit drama series CSI: New York. A talented actor, Harper's passion for his craft is surpassed only by his dedication to inspire America's youth. A firm believer that identity is not defined by skin color or circumstance, the charismatic Harper encourages audiences to "take your biggest dream, and double it."

Harper pursued his education with the same intensity he infuses into his characters, graduating Magna Cum Laude from Brown University and earning graduate degrees in Law and Public Administration from Harvard. He knew early on that education would be the key to his personal success, realizing that to truly thrive one must also help others accomplish their goals. Despite being told repeatedly that "young black people don't read," Harper wrote Letters to a Young Brother, a book that aimed to uplift and provide practical guidance to young African Americans. The book became a bestseller, earning Harper multiple NAACP Image Awards. His subsequent companion book, Letters to a Young Sister, brought together many of this generation's most powerful female voices, and also became an acclaimed bestseller.

Harper's newest book, The Conversation, explores the nature of love across generations and the current state of male-female relations. It offers practical solutions on how to improve communication across gender and age.

Wanting to make a mark past his writing, Harper works to enable positive social change as a spokesman and volunteer for Big Brothers, Big Sisters. Today, he continues in his efforts to better America's social climate and guide our youth as a strong and articulate voice for hope, education, and commitment.

Take Your Biggest Dream, and Double It

Empowering Our Youth to Success

Social Justice in America and What We Can Do About it

Letters to a Young Brother

Letters to a Young Sister

"Hill's presentation  take your biggest dream, and double it" was a big hit with our students.  We had a great turn out and the students were definitely inspired."