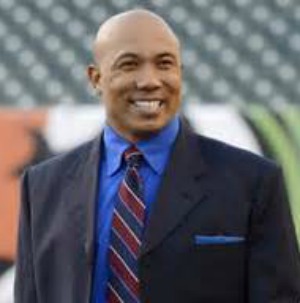 Born in South Korea to a Korean mother and an African American father, Ward was raised in the Atlanta area by his single mom, Young-He Ward, who managed to provide for her son despite coming to the US without any friends and not knowing English. In recognition of his mother's sacrifice, he would embody that sense of determination throughout his life.

In 2006, Ward returned to South Korea for the first time since he moved to the US and spent two months there on a mission to use his celebrity status to encourage social and political reform in the country, focusing on the discrimination that mixed-racial children endure there. On his final day in South Korea, he donated $1 million to create the Hines Ward Helping Hands Foundation to further that cause.

Passionate about speaking out against mixed-race discrimination, Hines Ward discusses his multi-racial upbringing as well as his current efforts with audiences around the country. He also speaks about his seasoned football career - in which he had to overcome various injuries - and his work with various charitable organizations.

Diversity and My Multi-Racial Upbringing

"Simply amazing!  Our Students deeply appreciated Hines' presentation and inspiring Live. Something they will never forget"