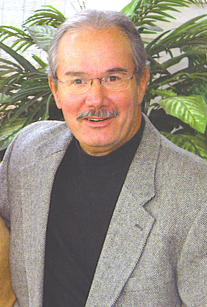 Humberto Fontova was born in Havana, Cuba. He and his family of 5 attempted to leave in 1961, but only 4 of them were successful. Humberto Fontova Sr. (author's father) was grabbed by the Milicianos. He yelled to Esther (mother) and the 3 kids (Humberto age 7, Patricia age 8, and Enrique age 5) to "Go ahead!....Whatever happens to me, I don't want ya'll growing up here!" The next day, from a cousin's house in Miami, Esther called Cuba and found out that Humberto Sr. was in La Cabana, firing squad central where 2100 men and boys were murdered. Humberto Sr. stayed there for 3 months and then was released and returned to his family in New Orleans.

Humberto grew up in New Orleans. He graduated from the University of New Orleans with a degree in Political Science. He received his Masters Degree from Tulane University in Latin American Studies. He is married to Shirley Fontova and has three children, Monica, Michael and Robert. He is an avid hunter, fisherman and scuba diver. He has been writing for the hunting and fishing magazine: Louisiana Sportsman for almost thirty years. He has also written for other magazines such as Sierra, Scuba Times and Bowhunter. In 2001 he wrote his first book, The Helldivers' Rodeo; an extreme scuba diving and spear fishing adventure. Shortly after it's release, Humberto appeared on 3 episodes of Politically Incorrect with Bill Maher which included other panel guests such as Tom Green, Florence Henderson and James Coburn. In 2003 he released his second book, The Hellpig Hunt; a hunting adventure in the wild wetlands at the mouth of the Mississippi River.

In 2005, he released his 3rd book which is a departure from his earlier writings into a more political genre, Fidel: Hollywood's Favorite Tyrant. A political and emotional expose' about Fidel Castro and the only totalitarian dictatorship in the Western Hemisphere. This book has been published in english and spanish. In early 2007, his 4th book was released. Exposing the Real Che Guevara and the Useful Idiots who Idolize Him; which has now been published in four languages, English, Spanish, Portuguese and Czech.

Humberto has appeared on such shows as The O'Reilly Factor with Bill O'Reilly, Hannity and Colmes, Fox and Friends, Glenn Beck, The Dennis Miller Show and various shows for Telemundo. He is constantly traveling across the country speaking at different events and universities.

"Humberto's presentation was perfect.  He engaged the audience on a journey of his life that made us all experience what his family has escaping Cuba.  He is someone you should consider if you are looking for a speaker with substance. "