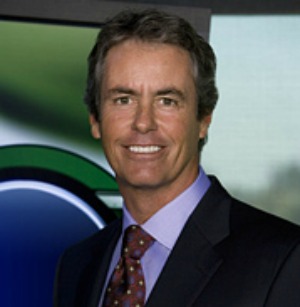 Ian Baker-Finch grew up in a small farming area on the Sunshine Coast, 50 miles north of Brisbane, Australia. The youngest of 6 children, he played all sports, like most young Australians, but fell in love with golf at an early age. By the age of 15, Baker-Finch had won many junior titles, including The Gary Player Classic and the Queensland School Boys title twice and decided to pursue a career in professional golf. At 18 years of age, after a 3 year apprenticeship with the Australian PGA program, he joined The Australian Tour.

Baker-Finch won his first Australasian Tour event in 1983--The New Zealand Open and the following year lead the field for 3 rounds of the 1984 British Open at St. Andrews. Multiple victories in Australia in 1984 and 1985 and victories on all four major tours followed, including The Colonial Invitational in 1989 and The Open Championship at Royal Birkdale in 1991. He represented Australia in The World Cup in 1985, The World Tours Championships 1985-1991 and The Dunhill Cup in both 1989 and 1992.

Since retiring from full-time PGA Tour competition in 1997, Baker-Finch has worked as a golf analyst for ABC and ESPN. In 2006, he was hired by CBS Sports. He also provides commentary for TNT’s golf coverage. After over a decade working in sports television, Baker-Finch is highly regarded as a successful announcer with an easy-going manner and a love for golf.

Baker-Finch lives with his wife, Jennie and their family in North Palm Beach, Florida. They are involved in many local charities and enjoy the laid back lifestyle that Florida provides.

An Evening with Ian baker-Finch

"One the best speaker we  ever had!  Great lecture... we appreciate every minute of it."