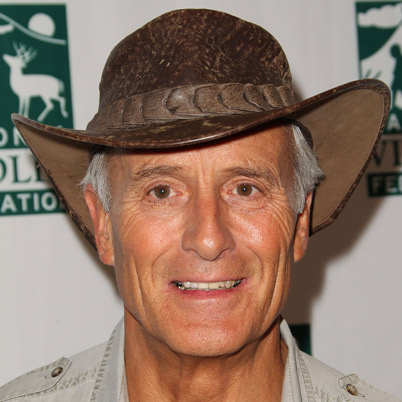 Jack Hanna, popular host of the hit television series, Jack Hanna's Animal Adventures, is one of America's most beloved naturalists and adventurers. Each week, Hanna takes millions of family viewers on exciting journeys to learn about animals and the places they live. What makes the series a success to a broad segment of viewers is Hanna's enthusiasm and wonderment with every new creature and experience he encounters. No intellectual pomp or circumstance here - Jack Hanna is "every person's" television zoologist.

Hanna began to receive national attention after he became Director of the rundown Columbus Zoo in Columbus, Ohio in 1978. He not only transformed the zoo into a model facility, but through his media savvy, made the Columbus Zoo a household name. He is a regular guest on shows including Good Morning America, Larry King Live, The Late Show With David Letterman, Hollywood Squares and The Maury Povich Show. He also makes countless personal appearances and speeches throughout the U.S.

The route to becoming a national celebrity began in his family's bathtub in Knoxville, Tennessee where he raised bluegills and then extended his menagerie to their backyard. After majoring in business in college, Hanna, with support from his wife, Suzi, started a pet shop and petting zoo, worked for a wildlife adventure company and directed a small Florida zoo. The couple's subsequent move to Columbus (with their three daughters) was the start of Hanna's rising media star. Not only was he a regular on national talk shows, his autobiographical book, Monkeys on the Interstate, was a hit in 1989. Other books, including one for children, Let's Go To The Petting Zoo With Jungle Jack, followed.

The natural progression for someone with Hanna's knowledge of animals and the wild, along with his media popularity was to have his own show, Jack Hanna's Animal Adventures. It now reaches 95% of U.S. television households every weekend and is viewed in over 60 countries worldwide. Director Emeritus of the Columbus Zoo since 1993, he still remains active in the zoo and his community.

Hanna is a Professional Fellow of the American Zoo & Aquarium Association and a member of the Explorer's Club. He is also an active supporter of Easter Seals and the Leukemia Society and serves on the boards of several educational institutions. While he takes all of his civic responsibilities seriously, he maintains that wildlife conservation is his true calling. "Jack Hanna's Animal Adventures gives me the platform to excite people and get them to care about animals. For me, this is the fulfillment of a lifelong dream."

An Evening with Jack Hanna

Monkeys on the Interstate

Let's Go To The Petting Zoo With Jungle Jack

"Jack Hanna was amazing! He spent his time entertaining our guests and on stage, he was superb."