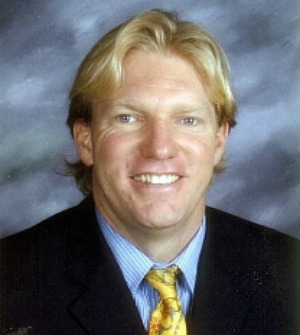 Jason S. Jones is a celebrated Pro Life Speaker.  He is the President and Founder of Whole Life America, a non-profit organization that promotes the dignity of the human person regardless of ability, age, status, race or geography.

Jones has been very active in politics and the media throughout his career. In his progression from soldier to student activist, to staffer, to department director, to personality, to producer and finally to founder of Whole Life America, he has maintained a laser focus on defending the value of human life.

Jones' most recent contribution to furthering a culture of life has been as a Hollywood producer. He has produced several documentaries, including serving as associate producer of, "Dead in the Water", which aired nationally in the fall of 2007 on EWTN. Jones was also the co-executive producer of the feature film "Bella," winner of the 2006 Toronto International Film Festival People's Choice Award. (Previous winners include "Chariots of Fire", "American Beauty" and "Life is Beautiful".) "Bella" outpaced other independent films in its fall 2007 nationwide release and is poised to be an Oscar contender.

As a radio and television commentator, Jason Jones has been frequently invited to go toe to toe with leaders and celebrities like former Surgeon General Jocelyn Elders, Alan Colmes, Monty Python's Eric Idol and the Secretary General of International Planned Parenthood. His appearances on local, nationally syndicated & international radio and television programs include ABC's Politically Incorrect and numerous talk shows and news programs.

Jones acquired his experience in media by running political campaigns at the local, state and national level. His work in the pro-life movement began while he was attending the University of Hawaii, one of the nation's most liberal colleges. He formed the Pro-Life Student Union, was chairman of Young Americans for Freedom-Hawaii (YAF-Hawaii) and was elected Chairman of the Hawaii Young Republicans.

Upon graduation he worked as the Chief of Staff for State Representative Mark Moses and then served as Director of Hawaii Right to Life. For three years, beginning in 1999, Jones was the co-host of "The Voice of the Majority" with Representative Moses, heard throughout the Hawaiian Islands on KWAI. He was also the host of "The Facts of Life" Radio Show, heard on talk radio stations throughout the United States. He was then recruited to be National Youth Director for American Life League and went on to serve as the Public Relations director for Human Life International, the world's largest international pro-life organization.

Throughout his work in media, Jones has continued to lend his leadership skills to important political campaigns. In 2004 he worked for the Republican National Committee and in 2006 he ran a get out the vote campaign for the Say No to Amendment 2 Campaign in Missouri, helping to erode a 30 point disadvantage to a razor-thin loss by one percentage points. In 2007, he was asked to serve as National Grassroots Director for Brownback for President. While working for Senator Brownback Jason organized, promoted and spoke on the Pro-Life, Whole Tour with Sam Brownback, Bobby Schindler (brother of Terri Schiavo) and a former Sudanese slave, Francis Bok.

Jason Jones' unwavering belief and support for the sanctity of life was solidified through a personal event while serving as a 17-year-old in the US Army. His account of this fight for justice has been drawing people to auditoriums, theaters and political rallies across the country as he motivates them with his moving and courageous story.

"His story is so powerful and his passion for upholding human dignity runs very deep. It’s contagious!  He is a great example of not only how abortion affects men and how they can make a difference, but also how to use the media, Hollywood and the internet to change the culture."