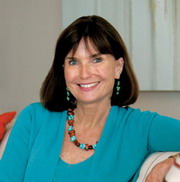 Jean Kilbourne, Ed.D. is internationally recognized for her pioneering work on alcohol and tobacco advertising and the image of women in advertising. Her films, slide lectures and television appearances have been seen by millions of people throughout the world. She was named by The New York Times Magazine as one of the three most popular speakers on college campuses today. Her book, Can’t Buy My Love: How Advertising Changes the Way We Think and Feel, won the Distinguished Publication Award from the Association for Women in Psychology in 2000. She is also known for her award-winning documentaries Killing Us Softly, Slim Hopes, and Calling the Shots.

Dr. Kilbourne has been what The Boston Globe described as “a superstar lecturer” for many years. She has twice received the Lecturer of the Year award from the National Association for Campus Activities. Students, faculty and staff from over 1000 colleges and universities vote for the recipient of this award.

She has lectured at about one-half of all the colleges and universities in the United States and all of the major universities in Canada, as well as scores of private and public schools. She is also sought after as a keynote speaker at a wide range of conferences, including those focusing on addictions and public health, violence, women, and the media. Her audiences range in size from several hundred to several thousand, and include college students, people at a town hall forum in Nebraska, members of a church in New Hampshire, inmates and officials of the Georgia Department of Corrections, addictions experts at an international conference in Rio de Janeiro, and doctors at Psychiatric Grand Rounds at Massachusetts General Hospital.

She is known for her wit and warmth and her ability to present provocative topics in a way that unites rather than divides, that encourages dialogue, and that moves and empowers people to take action in their own and in society’s interest. A member of the Italian Parliament said, “Hearing Jean Kilbourne is a profound experience. Audiences leave her feeling that they have heard much more than another lecture, for she teaches them to see themselves and their world differently.” Students at Harvard Business School responded to her lecture with a standing ovation and a letter stating, “The importance of your research has not been lost on the Harvard Business School students as was evidenced by the remarkable turnout... The entire presentation will stand out as a highlight of our education here.”

Even advertisers sometimes respond positively, as in an AdWeek editorial: “After listening to Jean Kilbourne, I would never doubt her intellectual honesty. While she bills herself as a critic of advertising, she is more akin to a prophet calling out in the wilderness for fundamental change in the way we communicate publicly with one another.”

So Sexy So Soon: The New Sexualized Childhood

Pack of Lies: The Advertising of Tobacco

Can’t Buy My Love: How Advertising Changes the Way We Think and Feel

So Sexy So Soon

"Powerful... Jean was terrific. Everyone had a great time and the meeting went well. Thank You again for all your help”