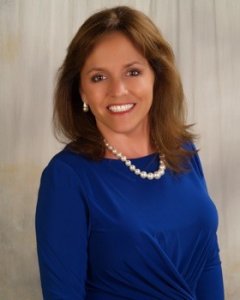 Jenn Giroux's presentation is energetic and captivating as she is able to pull on her 30 years of experience working in healthcare and in the pro-life movement at the national level. In 2007, as Assistant to the President of Citizens for Community Values, she developed an outreach program for Catholic Schools to assist parents to keep their children away from pornography on the Internet.  Jenn also worked in Kansas with Former Attorney General Phill Kline in the only criminal case against Planned Parenthood. She is the former CEO of One More Soul and also previously worked with Human Life International as founder and Executive Director of HLI America. Jenn recently founded an educational outreach called "Speaking of Motherhood" for conferences, colleges, and high schools. She presents a counter-cultural message, sharing person and gripping stories that shed light on both the medical harms of contraception and its abortifacient, cancer causing side effects as well as the beauty of accepting God's gift of children.  This message resonates with women of all ages. It is information that is documented yet rarely talked about in the age that we live.

Jenn Giroux is a former radio talk show host on Salem Radio network and a frequent guest on Catholic Radio and other media outlets. She is a writer and regular contributor for Catholic News Agency, LifeSiteNews, RenewAmerica,and Catholic Exchange. As a national speaker, through personal witness, her pro-life activities, and various political efforts, Giroux has defended Catholic Church Teaching on the sacred transmission of life and the inviolable dignity of life in the womb.

Most recently, Giroux has served on panels within the Archdiocese of Cincinnati and on national and local radio to educate the Faithful on issues surrounding the Obama Birth control mandate. Giroux considers her greatest gift and accomplishment to be that of her motherhood. She and her husband, Dan, have 9 children and live in Cincinnati.

"Jenn was a perfect speaker.  Her commitment to the Pro Life movement and her packed presentation was indeed a great program for our guests.  Her presentation was laced with humor and overall the audience connected with her."