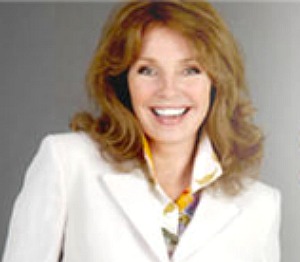 Born in Rio de Janeiro, Brazil to an English mother and a Spanish-Irish father, O'Neills' career first began when her family moved from Connecticut to New York City where O'Neill entered into international modeling at age fifteen while still a student at the prestigious Dalton School in Manhattan. Having developed a passion for horses early on, O'Neill saw modeling as a way to own her first steed. The world of magazine covers, fame and fortune, quickly lead to other goals; at nineteen she was accepted into the Neighborhood Playhouse, New York's esteemed school of acting. It only took a short while before this young lady's unique qualities were noticed by director Howard Hawks, who cast O'Neill to star opposite John Wayne in Rio Lobo She was a leading actress, married, and a mother by age twenty-one.

After her cinematic debut, O'Neill accepted a role in the small film, Summer of 42. Her hauntingly beautiful portrayal of Dorothy made Jennifer O'Neill a household name, and today Summer of 42 is one of home videos' most popular titles. The film has become classic, with O'Neill's performance hailed as legendary, not only by the public, but by her peers as well.

Stimulated by creative opportunities behind the camera, O'Neill moved to Europe and placed herself under the tutelage of master Italian director Luchino Visconti where she turned in an award winning performance in his film, The Innocent.

Where the Women Goes, the Culture Goes

"Jennifer was truly empowering.  She did a magnificent job as our keynote speaker for our pro Life Banquet. She energized and had people inspired to give."