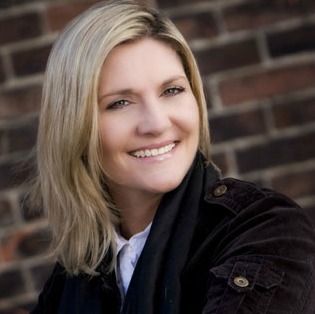 Jill Marie Kelly is the wife of retired Buffalo Bills Quarterback and Pro Football Hall of Famer Jim Kelly. Kelly is also a co-host for a weekly TCT television show called A Different View where she and four other co-hosts candidly discuss today’s issues with a biblical perspective. In addition, Jill was a featured columnist for The Word, a local monthly Christian newspaper that provides community and civic news from a Christian perspective.In September, 1997, three months after their infant son, Hunter was diagnosed with a fatal disease called Krabbe Leukodystrophy, Jim and Jill founded the Hunter's Hope Foundation. As CEO of Hunter's Hope, Kelly helps leukodystrophy children and their families by raising awareness and research funds for these devastating diseases.

Jill and Jim Kelly have shared Hunter's story and the hope of Hunter's Hope all over the world. They have appeared nationally on many television shows including Oprah, Good Morning America, The Today Show, The Discovery Channel, ESPN Fox Sports and others. They have also appeared in various print publications including USA Today, McCall's Magazine, Reader’s Digestand People.

Because of her intense desire to share her faith and Hope, Kelly candidly and openly speaks at various engagements throughout the year including The Chapel, Eastern Hills Wesleyan, Hamburg Wesleyan, Kingdom Bound, Joshua’s Revolution Youth for Christ, LaTourneau and Family Life Network.

As her relationship with her Savior and her knowledge of the Lord and His Word continue to grow, Kelly continues to encourage others and bring Hope to those who have none. Above all else, Kelly has devoted her life to caring for her husband and children and to sharing her testimony of faith and hope in Jesus Christ.

Prayers for those Who Grieve

An Evening with Jill and Jim Kelly

A Place to Remember

Prayers for Those Who Grieve

Hot Chocolate With God: Just Me & Who God Created Me to Be

Prayers of Hope for the Brokenhearted

"Jill Kelly was a great speaker.  We appreciate her caring heart and the investment she made in preparation for our program. She was a home run!"