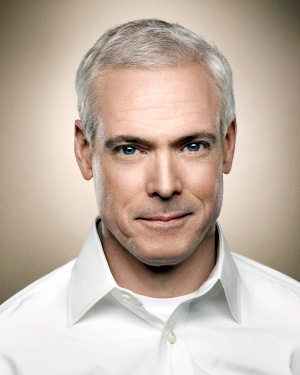 Jim Collins is a student and teacher of enduring great companies—how they grow, how they attain superior performance, and how good companies can become great companies. Having invested nearly a quarter of a century of research into the topic, Jim has authored or coauthored six books that have sold in total more than ten million copies worldwide. They include the classic Built to Last, a fixture on the Businessweek bestseller list for more than six years; the international bestseller Good to Great, translated into 35 languages; and How the Mighty Fall, a New York Times bestseller that examines how great companies can self-destruct.

His most recent book is Great by Choice: Uncertainty, Chaos, and Luck—Why Some Thrive Despite Them All, coauthored with Morten Hansen. Based on nine years of research, it answers the question, Why do some companies thrive in uncertainty, even chaos, and others do not? Great by Choice distinguishes itself from Jim’s prior books by its focus not just on performance, but also on the type of unstable environments faced by leaders today.

Driven by a relentless curiosity, Jim began his research and teaching career on the faculty at the Stanford University Graduate School of Business, where he received the Distinguished Teaching Award in 1992. In 1995, he founded a management laboratory in Boulder, Colorado, where he now conducts research and consults with executives from the corporate and social sectors. He holds degrees in business administration and mathematical sciences from Stanford University, and honorary doctoral degrees from the University of Colorado and the Peter F. Drucker Graduate School of Management at Claremont Graduate University.

Jim has worked with senior executives and CEOs at over a hundred corporations. He has also worked with social sector organizations across the spectrum, from education and the arts to religious organizations, local and federal government, healthcare, and cause-driven nonprofits. In 2005, he published a monograph, Good to Great and the Social Sectors.

Jim is an avid rock climber, and he has made one-day ascents of the North Face of Half Dome and the three-thousand-foot Nose route of El Capitan in Yosemite Valley.

First Who, Then What

How the Mighty Fall

Great by Choice: Uncertainty, Chaos, and Luck—Why Some Thrive Despite Them All

"Jim's presentation was powerful and totally aligned with the goals of our conference.  A perfect 10 speaker!"
--Meeting Executive, Brown University