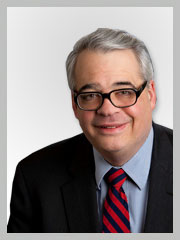 John Gizzi has come to be known as “the man who knows everyone in Washington” and, indeed, many of those who hold elected positions and in party leadership roles throughout the United States. With his daily access to the White House as a correspondent, Mr. Gizzi offers readers the inside scoop on what’s going on in the nation’s capital.

He is the author of a number of popular Human Events features, such as “Gizzi on Politics” and spotlights of key political races around the country. Gizzi also is the host of “Gizzi’s America,” video interviews that appear on HumanEvents.com. Gizzi got his start at Human Events in 1979 after graduating from Fairfield University in Connecticut and then working for the Travis County (Tex.) Tax Assessor.

He has appeared on hundreds of radio and TV shows, including Fox News Channel, C-SPAN, America's Voice,The Jim Bohannon Show, Fox 5, WUSA 9, America's Radio News Network and is also a frequent contributor to the BBC -- and has appeared on France24 TV and German Radio. He is a past president of the Georgetown Kiwanis Club, past member of the St. Matthew's Cathedral's Parish Council, and secretary of the West End Friends of the Library. John Gizzi is also a credentialed correspondent at the World Bank and the International Monetary Fund. He has questioned two IMF managing directors, Dominique Strauss-Kahn and Christine LaGarde, and has become friends with international correspondents worldwide.

He is a recipient of the William A. Rusher Award for Journalistic Excellence and was named Journalist of the Year by the Conservative Political Action Conference in 2002.

The Economy and Obamacare

Washington and the Rest of America

A Current View from Washington

"John was engaging, informative, funny and excellent...an overall perfect 10 speaker. We will have him back."