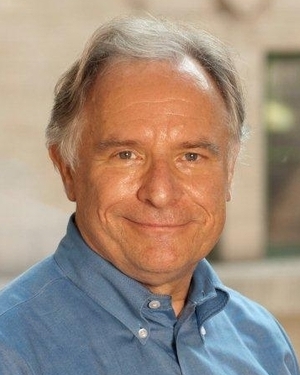 Author of Cracking the America Code; A Plan to Get US Back on Track

John Krubski is a working consultant as well as a seasoned, experienced, professional speaker. He has worked with a wide range of speakers bureaus (large and small, better known and less known) in the US and Canada over more than two decades.

He has developed the Index of What Matters Most™ , played a pivotal role in setting up the Guardian Life Small Business Research Institute (www.smallbizdom.com ), and designed a one-day workshop around Creating the Do-it-Yourself Future you Deserve – not to mention qualifying as a Top100 speaker resource for Vistage/TEC, and authoring Cracking the America Code; A Plan to Get US Back on Track (www.theamericacode.com). With that as a platform, John Krubski is better equipped than ever to provide clients with original insights, innovative thinking, and actionable strategies for strategic direction, innovation, dealing with change, management, motivation, competitive advantage, Thought Leadership Marketing, and more.

Recent speaking highlights include LIMRA (Life Insurance Marketing Research Association), Global Shop (the largest annual convention of retailers in the US – rated as top speaker over the past three years), The Marketing Research Event (Boston and San Diego), and the New York Small Business Expo – among other venues.

John Krubski’s keynotes and presentations focus on what you can do with the information he provides and can be tailored to address specific issues relating to your industry, organization, or company.

As CEO of Futures and Innovation Consultancy itlcINSIGHTS, John Krubski has also served as a Futurist and innovation consultant to America’s top corporations, including American Express, Charles Schwab, Outback Steakhouse, Sears, IBM, Compaq, Michelin, Fox Television, DreamWorks, Ford, Mercedes-Benz, General Mills, Quaker, Pepsico, and many, many more. He also provides his services as a Strategic Vision Consultant and Innovation Coach. He has helped companies develop their presentation and sales skills. He specializes in Fast-Track Innovation

Krubski previously worked at Yankelovich Research, the pre-eminent Values & Attitudes and Trends company, that serves both US and multi-national corporations in providing customer and consumer insights. Krubski joined the company as a marketing executive and left more than five years later as one of the premiere presenters of research-supported insights and perspectives as well as a qualified Futurist.

Before joining Yankelovich Research, John Krubski enjoyed a career as a hands-on business-building sales and marketing executive. He served as the VP Marketing of the Television Bureau of Advertising. He was head of Marketing for a ‘bleeding edge’ internet-based marketing initiative in 1986. He sold and distributed syndicated television programs, including The Wrestling Network (which is now part of Turner Broadcasting) and he was a marketing executive developing new business for the National Broadcasting Company in New York.

Before coming to New York, and having left college with a Journalism degree and having worked as a Scenic Designer for Television, Krubski founded his first entrepreneurial enterprise (an advertising agency) at the age of 24. Within a few short years, he was the Producer of the highest-rated nightly television program in Southern New England. While still in the employ of the Washington Post TV Station Division, Krubski founded, installed, managed, and developed that company’s first television production and post-production facility in Hartford, where he was responsible for building a business from the ground up and training the staff in cutting-edge production and editing technology.Krubski graduated from Fordham University in 1972, where he acquired a fine balance of Jesuit rigor and Zen attitude. He lives in Westport, CT.

The America Code; What makes America America and Americans Americans… in Management, Marketing, Politics, Economics… and much more

Why We Can’t All Just Get Along; Eight Competing Visions of America

"John is an Amazing speaker.  Great style, wonderful sense of humor and stayed focus on the goals of our conference."