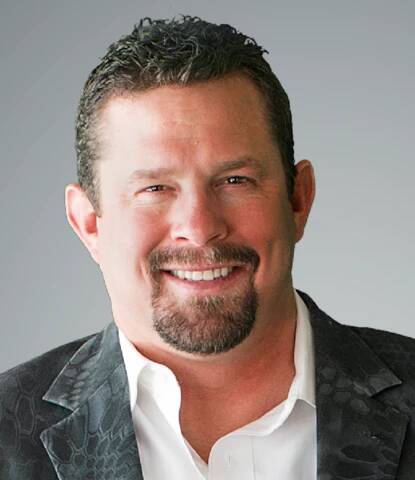 John ‘Tig’ Tiegen leverages over 13 years of high-profile security and force protection expertise within contract and government agencies along with his military experience as a Marine Sergeant, to bring a powerful, thought-provoking, and engaging presentation of his first-hand account of the Benghazi Attacks to his audiences.

Growing up in a broken home in Colorado Springs, John ‘TIG’ Tiegen learned early in life the importance of a strong work ethic and a will to overcome hardships in the face of adversity. Determined to not allow his past to dictate his future and driven by deeply rooted desire to serve other, he join the United States Marine Corps at the young age of 17 on a delayed entry program. Those four years in the service with the 3rd Battalion 7th Marines India Company would shape and mold the principled, driven man the former Sergeant and Infantry Leader is today.

Wanting to continue serving his country once his military service concluded, Tig, spent several years as a security contractor with Blackwater Security on missions in Afghanistan, Pakistan and Iraq. He then joined the Central Intelligence Agency’s Global Response Staff where he was tasked with conducting low profile security in high-threat environments throughout the world. As an integral part of the team, taking part in more than 40 overseas deployments, his time would culminate in an event that would change his life forever and bring about unexpected recognition on a global scale.

The Battle of Benghazi: On September 11, 2011, Islamic militants attacked the American Diplomatic Compound in Benghazi, Libya. Quiet and precise, Tig was the most experienced Annex Security Team member. Defying a stand down order, he along with his team, rushed into burning buildings to defend the Consulate and fought arm-in-arm in defense of the Annex, holding off the radical Islamic terrorist until CIA employees could be safely evacuated. No American forces showed up to assist the security team during those 13 hours of combat and four Americans lost their lives; Ambassador J. Christopher Stevens, Information Officer Sean Smith, and two CIA operatives, Glen Doherty and Tyrone Woods, both former Navy Seals. If not for the heroic acts of Tig and his team that number would be much greater. Tig personally saved the lives of many of his team and was paramount in rescuing over two dozen others. He received the Award for Heroism and Valor for his bravery that night.

Tig teamed up with other members of the Annex Security Team and New York Times best-selling author, Mitchell Zuckoff, to write 13 Hour: The Inside Account of What Really Happened in Benghazi. “We wanted to honor Bub and Rone by making sure their story—our story—was told and not by the media or politicians in Washington but by those of us who fought alongside them,” Tig stated. In 2015, the book was made into a movie.

In 1999, while stationed in Twentynine Palms, California, Tig met his wife Margaret, a native Texan from San Antonio who was in the United States Army. Margaret served in the military for four years before also becoming a contractor. The two have been married for 19 years and are the proud parents to two six-year-old twins. They reside on their ranch in Colorado.

Find Your Courage - Embrace Your Fears - Define Your Path