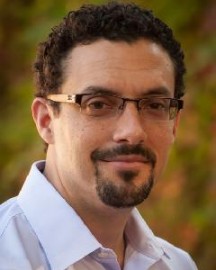 Jonah Edelman wants to make our public schools better. An advocate for public education in America, Jonah is the co-founder and Chief Executive Officer of Stand for Children, a growing and influential political voice for students. He is committed to mobilizing Americans around a common goal of changing the odds for our children. As a second generation civil rights leader – his mother, Marian Wright Edelman, was the first African American woman admitted to the Mississippi bar and his father, Peter Edelman, was a close aide to Robert F. Kennedy – Jonah helped organize Stand for Children's historic founding rally in Washington, D.C.. The “Stand for Children Day” rally was attended by more than 300,000 people, and was the largest rally for children in American history. Jonah was recognized on Time.com as one of the nation’s top education activists for 2011.

Jonah Edelman was born and raised in Washington, D.C., graduated from Yale University in 1992, and attended Oxford University on a Rhodes Scholarship, where in three years (1992-1995) he earned masters and doctor of philosophy degrees in politics.

He lives in Portland, Oregon with his wife Charese and their twin sons, Levi and Elijah, who are in first grade in a public school.

Making a Bigger Impact for Children: A New Model for Child Advocacy

"Jonah was brilhant!  He was the best speaker we had for quite some time. He was well prepared and delivered a powerful presentation to kick off our conference."